A car with dead victims inside sits in front of a bar in Hanau, Germany, Feb. 20, 2020. A 43-year-old German man shot dead nine people of immigrant backgrounds at various locations in the Frankfurt suburb on Wednesday night before killing his mother and himself. He left a number of rambling texts and videos espousing far-right views. 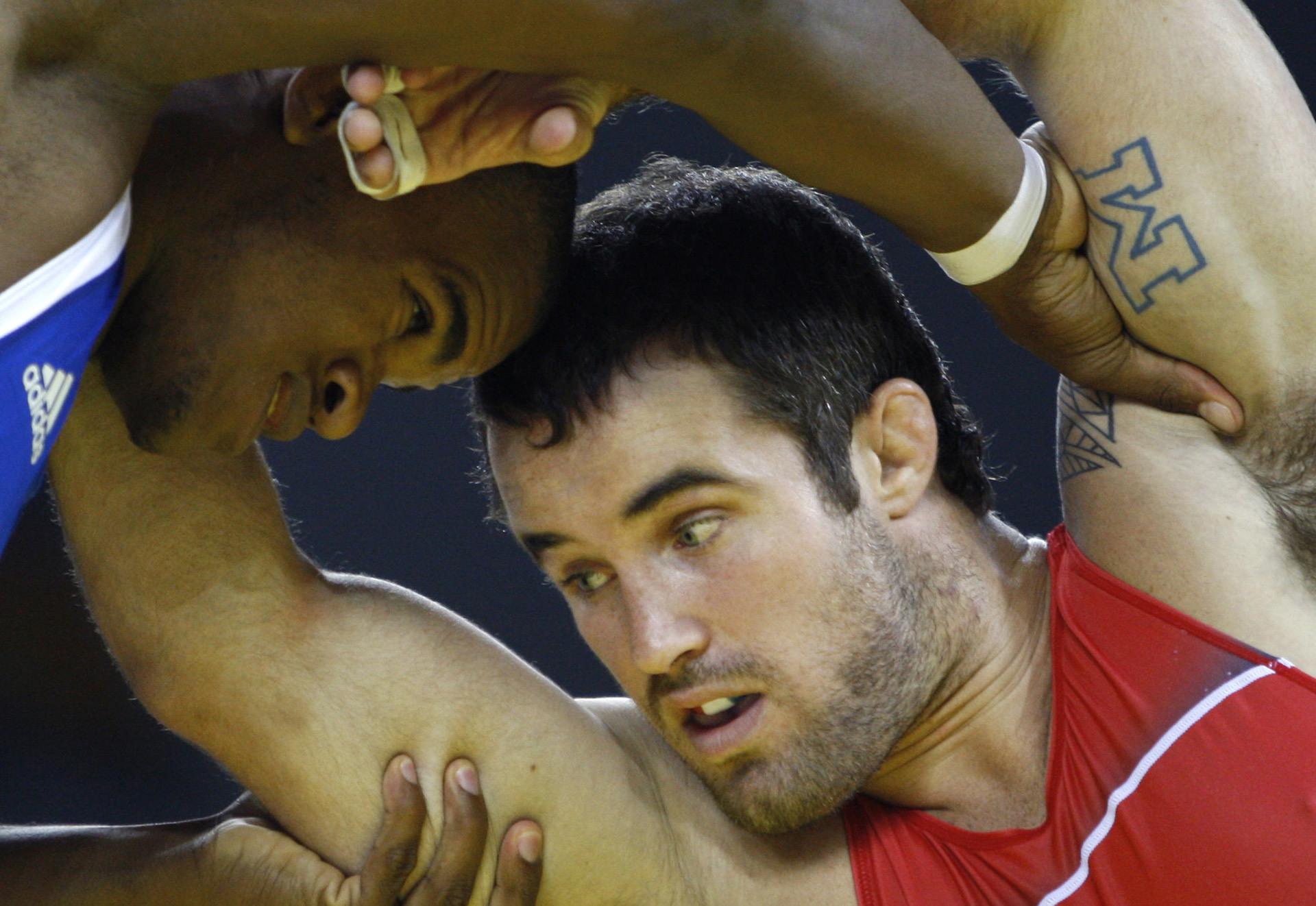 After a mass shooting that killed nine people in Germany, our team's quick response, sharp news judgment and superior coordination ensured that AP’s coverage was far ahead of other agencies.

When a gunman opened fire on a café in a racially motivated attack last week, the AP team in Germany burst into action with an all-hands-on-desk effort that dominated coverage of this major story. The success included a huge win on live video, brisk filing of the breaking story, and AP photos landing on the front pages of major publications in Germany, the U.S. and elsewhere.

As news of the shooting in the town of Hanau, 21 kilometers (13 miles) east of Frankfurt, started trickling out shortly before midnight, photographer Michael Probst rushed to the scene and provided images that became front page illustrations for top German and international newspapers and magazines. Correspondents Geir Moulson and Frank Jordans worked together remotely from Berlin, filing alerts and urgents throughout the night while guarding against unverified reports and rumors.

Evidence lies on the sidewalk near a restaurant at the scene of a shooting in central Hanau, Germany, Feb. 20, 2020. Businesses frequented by people of foreign backgrounds reportedly were targeted.

An AP photo by Michael Probst appears on the front page of Süddeutsche Zeitung, Feb. 21, 2020.

A police forensic officer investigates at one of several scenes of a mass shooting in central Hanau, Germany, Feb. 20, 2020.

In a photo taken through a window, a police officer walks in a kiosk shop in Hanau, Germany, Feb. 21, 2020, where several people were killed during a mass shooting two days earlier.

A woman sets a candle, Feb. 20, 2020, near a hookah bar in Hanau, Germany, where several people were killed in a mass shooting late the previous evening. A 43-year-old German man shot and killed nine people overnight at multiple locations in the suburb east of Frankfurt.

A young woman takes a picture near candles as she participates in a vigil for the victims of an overnight mass shooting in Hanau, Germany, Feb. 20, 2020.

A young woman takes a picture near candles as she participates in a vigil for the victims of an overnight mass shooting in Hanau, Germany, Feb. 20, 2020.

The door of a kiosk shop where several people were killed is sealed off and decorated with a red rose in Hanau, Germany, Feb. 21, 2020, two days after a 43-year-old German man shot and killed nine people in the Frankfurt suburb.

At a mosque, Feb. 21, 2020, Muslim believers pray for the victims of the mass shooting in Hanau, Germany, two days after a 43-year-old German man shot and killed several people of foreign background, most of them Turkish, in an attack that began at a hookah bar.

People hold photos on Feb. 21, 2020, of their friends, victims of a mass shooting in Hanau, Germany, two days earlier.

Two woman mourn near a kiosk shop in Hanau, Germany, Feb. 21, 2020, two days after a 43-year-old German man shot and killed nine people at several locations in the suburb east of Frankfurt.

Senior Video Producer Kerstin Sopke in Berlin quickly lined up a freelance video journalist in Frankfurt to head to the site of the shooting with a Live U, ensuring AP was alone among news agencies to go live. The AP’s live shot went up a whopping five hours before the competition did the same. Sopke also secured videos showing the crime scene and statements from police.

The effort was supplemented by a strong team effort from other corners of the AP as journalists interviewed survivors and members of Hanau’s immigrant community, wrote about the rise of far-right violence in Germany and followed the written trail left by the killer.

Federal prosecutors said they are taking charge of the investigating into a mass shooting in the German city of Hanau that left 11 people dead, including the suspect, amid reports that he may have had a far-right motive. https://t.co/ZFljhU1rzJ

Play for the story was phenomenal. The most prominent German magazine, Der Spiegel, ran one of Probst’s photos on its front, as did one of Germany’s biggest daily newspapers. A single video edit from the site of the shooting was used more than 1,000 times by broadcast clients.

For their speed, smart news judgment and superior coordination that gave AP a massive lead on a big story as it broke, Probst, Moulson, Sopke and Jordans are AP’s Best of the Week winners.