Medical workers offload cylinders of oxygen, May 20, 2020, at the Donka public hospital where coronavirus patients are treated in Conakry, Guinea. Oxygen use at the capital hospital had doubled and was the the facility’s fastest-growing expense. But because a new plant that could pipe oxygen directly to beds was unfinished, a secondhand pickup truck carried cylinders over potholed roads from Guinea’s sole source of medical-grade oxygen, a factory dating to the 1950s. Outside the capital, in remote villages and major towns, doctors say there is no oxygen to be found at all. 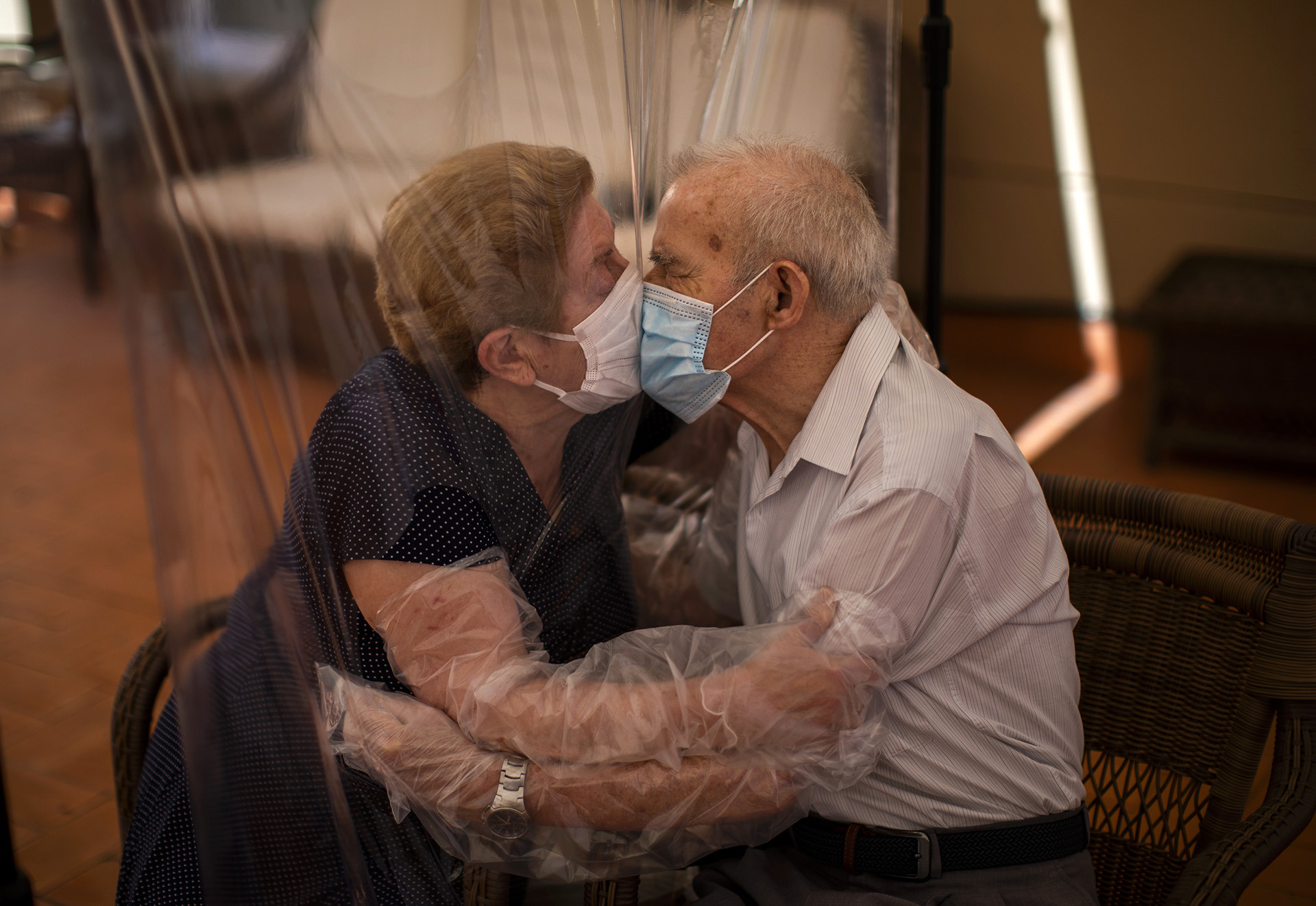 AP reports the first worldwide story on a stark fact exposed by the coronavirus pandemic: Treatment with oxygen is a luxury in many countries.

The AP story came to a startling conclusion: Even the right to breathe depends on money. In much of the world, medical oxygen is expensive and hard to get – a basic marker of inequality both between and within countries.

Focusing largely on Guinea, the story was challenging to report, taking weeks of effort across several continents. Paris correspondent Lori Hinnant had started with the idea for a story on the single ventilator in Sierra Leone during the coronavirus crisis. But the Sierra Leone story didn’t pan out for multiple reasons – we couldn’t get access to the hospital; Sierra Leone eventually received more ventilators; ventilators proved less than effective in treating the coronavirus.

AP decided on a broader look at the challenges of producing and transporting bottled oxygen in one of the world’s least developed nations, Guinea. But pandemic travel restrictions meant no one outside Guinea could get into the West African nation; we had to do the story across formats through intensive work with our stringers, Boubacar Diallo and Youssouf Bah.

Diallo and Bah had to report under difficult and dangerous conditions, going to the main public hospital in the midst of the virus’s spread. Bah delivered video, as did freelancer Kabba Kargbo in Freetown, Sierra Leone. Hinnant and Senegal correspondent Carley Petesch meanwhile reported the bigger-picture data, conducting scores of interviews with health officials and nongovernmental organizations around the world.

Patients testing positive for COVID-19 breathe oxygen in the emergency area of the Hospital Guillermo Almenara in Lima, Peru, May 22, 2020. As the coronavirus spreads, soaring demand for oxygen is exposing the inequalities both between countries and within countries where oxygen supply is scarce and expensive.

People wearing masks amid the COVID-19 pandemic wait for up to 10 hours to refill oxygen tanks at a shop in Callao, Peru, June 8, 2020.

Patients lie in beds at a temporary field hospital in the Ifema convention center in Madrid, Spain, April 2, 2020. As coronavirus deaths climbed, engineers laid 7 kilometers (4 miles) of tubing in less than a week to give some 1,500 beds in the impromptu facility a direct supply of pure oxygen – a luxury many countries do not have.

Hinnant spoke to two officials in Guinea, including the health minister, just before they came down with the coronavirus themselves, emphasizing the danger of being there. Christine Armario in Bogota, Colombia, and Julhas Alam in Dhaka, Bangladesh, provided terrific color and vivid examples about the lack of oxygen in Peru and in Bangladesh, including more stories of families whose loved ones had suffered and even died from a lack of oxygen.

The reporters also struggled with a lack of data on medical oxygen in general – nobody had information on how many people had died from a lack of oxygen worldwide, for example, partly because oxygen is usually one of several factors that determine a death. Even the World Health Organization didn’t put oxygen on its list of essential medicines until 2017. In the end, Hinnant managed to dig up some numbers from limited surveys for a few countries by the U.S. Agency for International Development.

After the AP report came out Wednesday, WHO said it is working with partners to increase access to medical oxygen for people sickened by COVID-19 in developing countries. https://t.co/IriPsXNKEx

When questions on webinars hinted that a major U.S. newspaper was also chasing the oxygen story, AP applied a coordinated team effort to get the all-formats package on the wire. It sparked immediate reaction. At a briefing the day the story ran, WHO Director-General Tedros Adhanom Ghebreyesus underlined the desperate need for oxygen in poorer countries and WHO’s efforts and plans to increase access during the pandemic. And AP was several hours ahead of the national paper’s own story, which did not include accounts of individuals affected by the shortage.

Edited by Mary Rajkumar, the story was funded by the Pulitzer Center as part of a series on those most neglected in the coronavirus pandemic.

For aggressive and resourceful coverage that reveals lethal inequalities in the supply of medical oxygen to the developing world, the team of Hinnant, Petesch, Diallo and Bah earns AP’s Best of the Week award.

For AP’s complete coverage of the coronavirus:

– AP’s hub for comprehensive all-formats coverage of the virus outbreak.

– One Good Thing: daily stories of hope and humanity amid the crisis.

- Lives Lost: stories behind the victims of COVID-19.