Rescuers try to free a man from a collapsed building after a magnitude 6.4 earthquake in Thumane, western Albania, Nov. 26, 2019. Rescue crews with excavators searched for survivors trapped in toppled apartment buildings and hotels after the pre-dawn earthquake that killed 51 people.

July 25 forecast: Sunny, with a cloud of impeachment 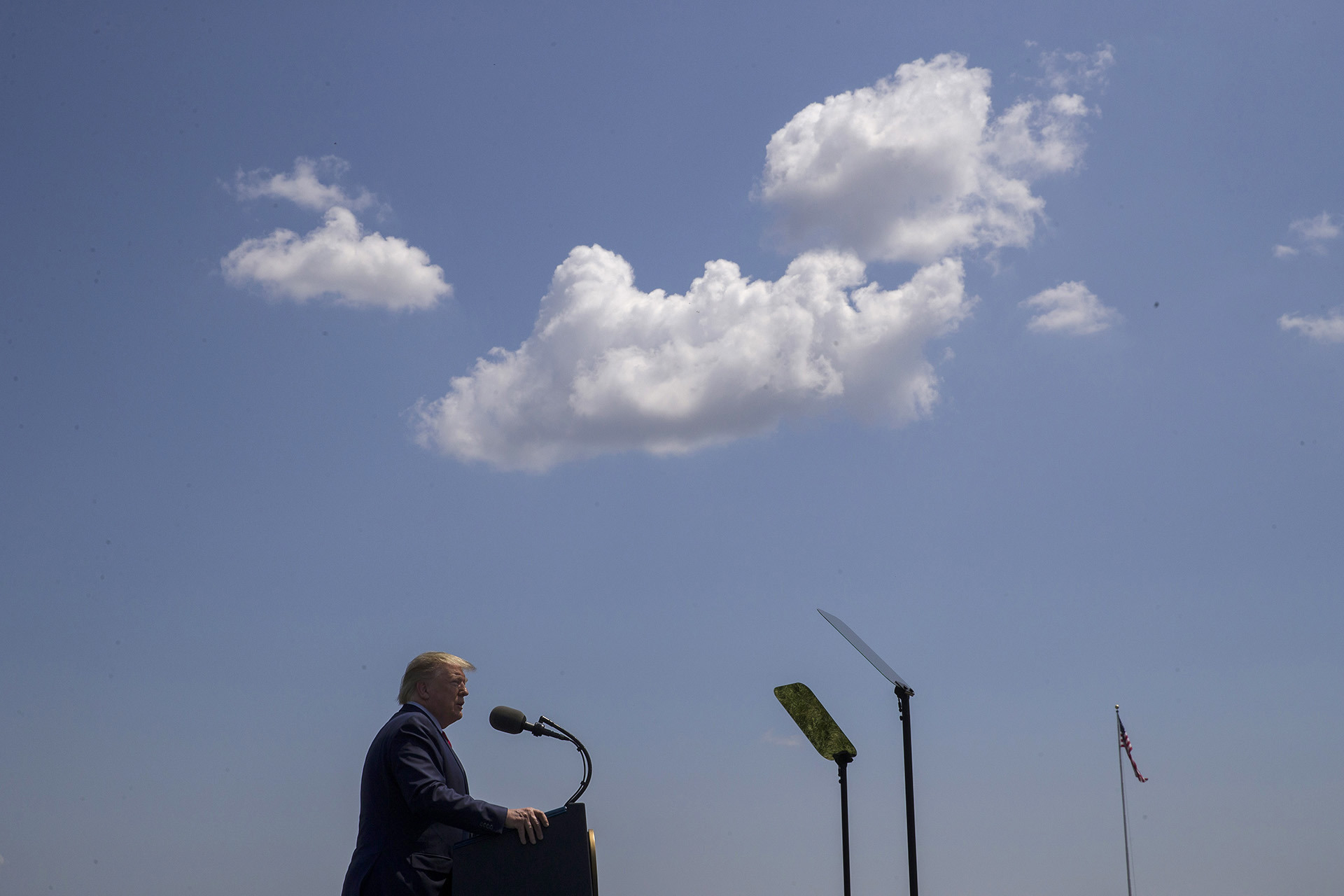 A resourceful all-formats team dominated the play with strong content delivered at lightning speed in the hours immediately following the earthquake that killed dozens in Albania.

Jolted out of bed by the 6.4-magnitude earthquake just before 4 a.m., correspondent Llazar Semini in Tirana knew immediately he was dealing with a major story. He got his family to safety and went to work.

Communications networks were shaky, but he managed to reach colleagues in other formats by phone, including Tirana photographer Hektor Pustina, who had rushed from his 12th floor apartment after the quake struck. While Semini filed his first copy to the Asia desk, Pustina secured photos from his network of Albanian sources before heading toward the hard-hit city of Durres.

The quick decisions made in those early hours gave AP the advantage over other agencies. The Ora News video was moving live at 4:40 a.m. local time, five hours before the competition was able to deliver a live shot from another Albanian channel, while another major competitor didn’t manage to get a live shot up all day. With communication networks too unstable for big files, Xhiabati used WhatsApp to send compressed video clips to Cohadzic for editing. By the time other agencies filed their first video, AP had already delivered four edits. Three hours later, AP had filed 10 more edits, including material from Xhiabati, edits cut off the live video feed in London, and video picked up from Albanian channels, provided by Pristina-based satellite engineer Zenel Zhinipotoku, who jumped in to help while vacationing in Germany.

A man looks at a partially collapsed building in Thumane, western Albania, Nov. 27, 2019, one day after a magnitude 6.4 earthquake.

A relative cries as rescuers search a damaged building after a magnitude 6.4 earthquake in Thumane, western Albania, Nov. 26, 2019.

Rescuers recover the body of a 5-year old girl after a magnitude 6.4 earthquake in Thumane, western Albania, Nov. 26, 2019.

A woman grieves after rescuers found the body of a relative after an earthquake in Thumane, western Albania, Nov. 27, 2019.

Children sleep at a makeshift camp on a soccer field following a deadly earthquake in Durres, Albania, Nov. 26, 2019.

An overhead view of a makeshift camp for displaced earthquake survivors, on a soccer field in Durres, western Albania, Nov. 27, 2019.

People gather to receive blankets provided by volunteers at a makeshift camp on a soccer field, following a deadly earthquake in Durres, Albania, Nov. 26, 2019.

A building lies collapsed in a neighborhood of Durres, western Albania, Nov. 28, 2019, two days after a magnitude 6.4 earthquake struck the region. Hopes were fading of finding anyone else alive beneath the rubble of collapsed buildings.

A Croatian rescuer with a search dog examines a collapsed building in Durres, western Albania, Nov. 28, 2019. The death toll from the magnitude 6.4 earthquake eventually reached 51.

A wall clock lies inside a damaged building in the city of Durres, Nov. 28, 2019, stopped at the time of the deadly magnitude 6.4 earthquake two days earlier.

Help also came from farther afield, with Penny Wang in Bangkok leading the search for user-generated content until social media staffers in London took over. AP secured powerful UGC showing the rescue of a young boy from the rubble of a collapsed building.

AP’s 20 video edits offered varied content from different sources, including bodies being recovered, successful rescues, the injured in hospitals, aid, survivors’ accounts, the prime minister touring the scene, and security video of the moment of the quake, among many others.

Rescue crews use excavators to search for survivors trapped in toppled apartment buildings after a powerful earthquake in Albania killed at least 14 people and injured more than 600. The 6.4 magnitude quake was followed by multiple aftershocks. https://t.co/VuK78DydR6

AP also covered a smaller earthquake in Bosnia that came several hours later. Participants in the daily Europe/Africa news call watched that quake in real time as Cohadzic’s office started shaking while he was discussing the Albania coverage. Photo and text also provided strong coverage from Durres and Thumane, the two hardest hit locations, with Thanassis Stavrakis editing photos in Athens while his text colleagues Elena Becatoros and Derek Gatopoulos took over the writing so that Semini could focus on reporting.

AP’s dominance continued a day after the quake, with Pustina flying a drone over Durres – that video got heavy play – while Semini, who canceled a family trip to Vienna, and Kryeziu provided material for a story on the drama of the rescue efforts and the anguish of the survivors. That included quotes from a grieving man who managed to crawl out of the rubble but lost both his daughters and was waiting for news on his wife, who was still trapped in their collapsed apartment building.

Kryeziu provided harrowing details and photos of Herculean efforts by rescue crews who struggled for 16 hours to free a man pinned in the rubble by a concrete pillar. The man died of his injuries before they could get him out. Other highlights included a photo gallery from Petros Giannakouris, who was sent in from Athens, and an all-formats story on “earthquake diplomacy” and the foreign aid that flowed in.

In all, Albania video edits were used more than 12,000 times by 286 channels – a staggering performance and a reflection of the AP’s vastly superior coverage both in the moment and in the aftermath.

For resourceful work that powerfully conveyed the human toll of the disaster while delivering a dominant competitive performance, the all-formats team of Semini, Kryeziu, Pustina, Cohadzic, Xhiabati, Bajrami, Klokkoqi and Giannakouris shares AP’s Best of the Week.