APNewsBreak: US to cut UN money for Palestinian refugees

for breaking the news that the U.S. would withhold half of its first scheduled installment of money for the U.N. agency that aids Palestinian refugees. http://bit.ly/2DAVhkY

for getting an exclusive heads-up that the United States would conduct its first-ever test effort to shoot down an intercontinental ballistic missile. http://www.time.com/4796334/pentagon-us-north-kore...

for exclusively reporting that U.S. officials would recommend a declaration of "ethnic cleansing" taking place against Myanmar's Rohingya Muslims. https://www.apnews.com/a901c08e4c9d4b5da9f5d32dc95... 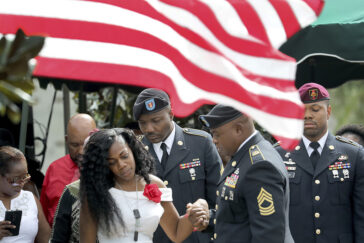 for breaking the news that Army Sgt. Bowe Bergdahl, who was held captive by the Taliban for half a decade after abandoning his Afghanistan post, would plead guilty to desertion and misbehavior before the enemy. http://bit.ly/2gdB8aa

US slashes Cuba embassy staff, warns Americans not to visit

for scoring AP’s latest scoop on the unfolding mystery in Cuba by being first to report a series of U.S. actions in retaliation for what are being called health “attacks" on U.S. diplomats. http://bit.ly/2xUd42P

Future of work: Why the explosive growth of e-commerce could mean more jobs, not fewer

for finding that, contrary to conventional wisdom, increasingly automated e-commerce warehouses are creating rather than killing jobs. http://bit.ly/2zTb34l

for breaking the news of President Donald Trump’s proposals to lower prescription drug prices despite having been locked out of an administration briefing on the topic. http://bit.ly/2F3M9Tm

for revealing one of the most curious diplomatic deliberations in recent times: U.S. consideration of an offer by billionaire casino mogul Sheldon Adelson to pay for part or all of the new U.S. embassy in Jerusalem. http://bit.ly/2FIv01T

For many factory towns, white collar job loss hurts the most

for getting hold of a report from the Department of Homeland Security’s intelligence arm that concluded citizenship was an inadequate indicator to use for a travel ban to keep out people who may pose a threat of violent attacks. http://trib.in/2kVAsaO

For weeks, the escalating back-and-forth between North Korea and the United States over possible nuclear conflict had made for headlines that were alarming at the least _ and to many, terrifying.

Amid all the bluster came an exclusive report from Matthew Pennington, foreign policy reporter in Washington, revealing that senior U.S. and North Korean diplomats have been maintaining a back-channel communication for the last several months, and that they'd moved on from an early focus on U.S. detainees to address the broader strains in the relationship.

At a time of heightened alert, the story pointed to a possible diplomatic path out of the crisis, and indicated that both U.S. President Donald Trump and North Korean leader Kim Jong Un may be more flexible on the idea of negotiations than they are letting on. After days of bombastic threats from both sides, Pennington's reporting, which wins the Beat of the Week, provided a sobering reality check: the enemies aren't on an unavoidable path toward conflict. 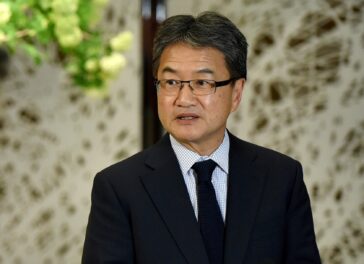 Hearing loss of US diplomats in Cuba blamed on covert device

Matt Lee, Diplomatic Writer, Washington, and Mike Weissenstein, Caribbean news director, Havana, for reporting ahead of all competition that U.S. diplomats in Havana had suffered hearing loss after a series of suspected attacks with a sonic weapon. http://bit.ly/1sFaZk3

for creating an exclusive AP indicator showing the gaping disparities in home-buying affordability in key metro areas of the country. Using the tool, AP can distribute to a monthly trajectory of home-buying affordability in hundreds of markets, allowing readers to research their own areas and customers to localize coverage.https://bit.ly/2QwqOrqhttps://bit.ly/2WxdZCU