Only on AP: ‘Impossible’ access, stunning visuals of Ukraine hospitals

Video journalist Mstyslav Chernov and freelance photographer Evgeniy Maloletka used their extraordinary access to western Ukrainian hospitals to produce powerful images of medical workers desperately treating COVID-19 patients despite a medical system in crisis. They also visited one hospital’s makeshift morgue and a cemetery where families grieved over lost loved ones. Chernov had driven 2,500 kilometers (1,600 miles) across three countries, then worked tirelessly to earn the trust of medics who eventually gave him and Maloletka rare access to document the dire situation. The play was impressive among AP customers and across media in Ukraine. One foundation even reached out to the pathologist who had set up an outdoor morgue, supplying the medic with protective gear, disinfectants and a tent.https://bit.ly/2LmvBKuhttps://bit.ly/2WsZdvWhttps://bit.ly/2WwwUNb Colleen Long was by herself on the New York City desk this past Sunday with plenty to do, including taking feeds from two different stringers to update national stories on gay pride parades and a graduation at a suburban high school shattered by killings blamed on the violent MS-13 gang.

But she still managed to jump into action on what turned out to be one of the day’s most clickable stories – of a teenager who dangled and then fell 25 feet from a gondola ride at an upstate New York amusement park.

Not only did Long land an interview with a father and daughter who scrambled to safely catch the 14-year-old girl, she also got the man to send in video that a friend took of the entire event, a reporting tour de force that singlehandedly put the AP out front across all formats.

For doggedly working a story from the desk to keep the AP competitive, Colleen Long wins this week’s Best of the States Award. In America’s pitched debate over abortion, the voices of the people most affected by the slew of new laws restricting access to abortion are seldom heard.

Allowing patients to tell their stories of seeking to end their pregnancies has been a priority in AP’s coverage of Texas’ new law banning most abortions. Oklahoma City-based reporter Sean Murphy and Miami-based photographer Rebecca Blackwell delivered impressively on that goal with a sensitively written, visually compelling all-formats package.

The pair carefully negotiated access to a clinic in Shreveport, Louisiana, and earned the trust of Texas patients whose voices were vividly brought to life in text, photo, video and audio. They also met with anti-abortion protesters outside the clinic.

For gaining access and handling a delicate and polarizing story with professionalism, grace and accuracy while providing AP’s worldwide audience a greater understanding of the real-life impacts of the Texas law, Murphy and Blackwell are AP’s Best of the Week — First Winners. 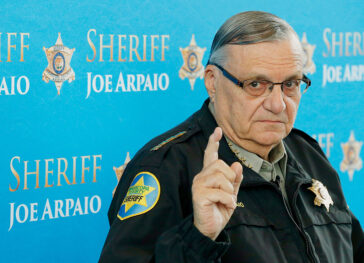 Was California's $350 million experiment to replace lawns amid drought worth the cost?

In drought-stricken California, the state and dozens of water agencies embarked upon a unique social experiment: try to break the love affair with the lawn by paying residents to rip out their turf and replace it with less thirsty landscaping. San Francisco-based environment reporter Ellen Knickmeyer, who has been covering the state’s historic five-year drought, decided to dig into the water-saving strategy and determine whether it was worth the cost.