used deep source reporting to uncover an international investigation into how the former treasurer of Venezuela, who had once served as nurse to then-President Hugo Chávez, used a network of offshore shell companies and dodgy Swiss bankers to loot millions from Venezuela, hiding much of her unexplained wealth in gold.

Goodman’s piece provided a rare look into how former officials in Venezuela used various money laundering schemes to raid the country’s coffers of an estimated $300 billion in two decades of socialist rule. An unexpected twist was the physical transfer of heavy gold bars — previously unmentioned in court records — underscoring the lengths to which some prominent Venezuelans have gone to hide stolen wealth. https://bit.ly/2PMX2iI Washington-based homeland security reporter Colleen Long earned a key scoop – one that set the news agenda for days and left the competition scrabbling to catch up – when a source alerted her to a change in rules for those seeking asylum at the southern border: The rule would effectively end asylum for people coming from Central American countries and change decades of U.S. policy.

Following the tip, she also knew that she had a window of opportunity to drive her advantage home before the law was announced early the next morning. Long’s story caught other news organizations completely off guard and left major outlets to cite the AP for hours as they struggled to catch up.

For her deep knowledge of immigration policy, diligent reporting and outstanding speed of delivery on a story of vital interest, Colleen Long earns AP’s Best of the Week. for revealing that a series of mystery illnesses in Cuba had started by hitting undercover CIA agents, and that yet another American had been confirmed as a victim. http://bit.ly/2wO5KlF

for months of source work to break the story that a once-standout DEA agent known for lavish spending was arrested on charges of conspiring to launder money with a Colombian drug cartel he was supposed to be fighting. Their exclusive on the arrest came a year after they first broke the story of the alleged wrongdoing. https://bit.ly/2T60s2l hustled to get all-formats coverage of the arrest of powerful House Speaker Larry Householder, accused of orchestrating a $60 million bribery scheme.Amiri spent three hours on a blazing day in the sun with two dying cell phones, waiting for Householder to come out from his arraignment. As police arrived to clear the way for the car and disperse protesters, Amiri’s phone shut down, but luckily a few minutes of drama – including footage of Householder sitting in an SUV surrounded by furious protesters demanding he make a comment – were saved.With contributions from Amiri’s statewide colleagues, AP owned the story.https://bit.ly/3ga3vQghttps://bit.ly/2Erq58Z for an exclusive interview with Adam Crapser, who was deported to South Korea four decades after his adoption by an American couple. Crapser, forcibly separated from his wife, children and friends in America, described his landmark lawsuit against the Seoul government and a private adoption agency in a case that highlights the shaky legal status of possibly thousands of Korean adoptees. https://bit.ly/2FKtGP1

for reporting that this year’s devastating Midwest flood losses are forcing tough decisions about the future of farming in America's bottomlands, even among farmers skeptical of climate change and humans’ role in it. https://bit.ly/2Z6iBP9 for reporting exclusively that the commissioner of one of two rival women's hockey leagues in North America admitted that a single league is ‘inevitable,’ an extraordinary turnaround from her previous position. https://bit.ly/2qfFxKZ

for being first to report that an arrest had been made in an arson fire at an African-American church spray-painted with 'Vote Trump'. http://apne.ws/2he8dCo

Top women hockey players to boycott for league of their own

for making AP first with exclusive comments and explanations from some of the world’s top female players as they announced their landmark decision to boycott current North American hockey leagues until they get a single, viable professional league.https://bit.ly/2H6jsrM

differentiated AP’s inflation coverage from that of other news organizations, telling the real-world stories of an underrepresented population — urban Native Americans — to vividly illustrate the financial burden of rising food prices on minority communities.Deeply sourced and richly told in the voices of their subjects, the trio’s all-formats story takes readers into a community struggling to maintain access to traditional Indigenous foods that are often unavailable or too expensive for Native families in urban areas, already faced with financial, medical and cultural concerns. The recent inflation spike has priced such foods even further out of reach.Read more 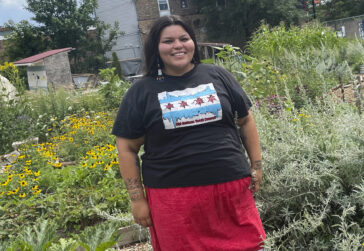 for following her instincts, using her sources and monitoring a government website to report that despite officials suggesting otherwise, federal land managers were moving to open up oil and gas leases near an historical park and sites Native Americans regard as sacred. https://bit.ly/2Sgd8V2

Exclusive: SEALs tried to locate US captive in Afghanistan

conducted an exclusive investigation into an attempt by Navy SEALs to locate Mark Frerichs, an American contractor kidnapped in Afghanistan by a Taliban-linked militant network. The story, based on conversations with multiple U.S. officials, included sensitive details of the military operation, and revealed the growing exasperation of Frerichs’ family with the U.S. government for not including him in a recent peace deal with the Taliban. https://bit.ly/3do2Wkg 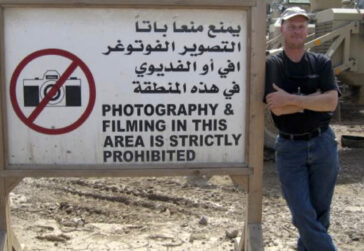 delivered a well-designed, executed and reported survey of American adults about the coronavirus, providing customers with days of data-driven Only on AP content that brought context and data-driven clarity to our coverage. Among the findings: Despite images of protests against stay-at-home orders that dominated newscasts and front pages, this APNewsAlert set the record straight: “AP-NORC poll: Majority of Americans say it's unlikely it will be safe enough to lift virus restrictions anytime soon.”https://bit.ly/3f31uFphttps://bit.ly/2yX4baR