A century after hundreds of black killings, AP explores the enduring impact of ‘Red Summer’

While conducting research for another potential project, Jesse J. Holland, race and ethnicity reporter based in Washington, read about the upcoming anniversary of the “Red Summer” of 1919 and noticed a startling fact: Few people seemed to know that more than 200 African Americans died at the hands of white rioters across the country 100 years ago. The stream of violence that stretched from February to October that year, most of it in the U.S. South and Northeast, eluded history books and was largely forgotten.

Holland presented the information to the larger team, and the project took flight. The all-formats series ultimately included work by staffers Cedar Attanasio, El Paso, Texas; Russell Contreras, Albuquerque, New Mexico; Noreen Nasir, Chicago; and Rodrique Ngowi, Boston. AP was largely alone in its coverage and the team’s efforts were rewarded with prominent use by national outlets and strong engagement.

For taking a little-known event and turning it into a dynamic project with powerful historic and present-day context that no other news outlet could match, Attanasio, Contreras, Holland, Nasir and Ngowi win this week’s Best of the States award. 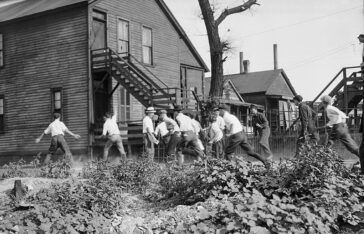 Jolted out of bed by the 6.4-magnitude earthquake just before 4 a.m., correspondent Llazar Semini in Tirana knew immediately he was dealing with a major story. Communications networks were shaky, but he managed to reach colleagues in other formats by phone, triggering what would become a virtual sweep of the disaster coverage.

The quick decisions made in the early hours resulted in a compelling all-formats report and gave AP the clear advantage over competitive agencies. Nowhere was that advantage more evident than in live video – AP picked up live video within an hour of the quake, and several hours before any of the competition. 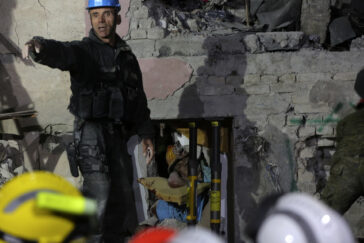 for revealing that a Connecticut police officer wasn’t disciplined by the town’s police chief for being a member of the Proud Boys, a right-wing group known for violent clashes at political rallies. The officer’s previous membership in the group didn’t violate department policies, East Hampton’s police chief concluded in response to a civil rights group’s concerns. https://bit.ly/2MHsXAr

for getting word of a highly classified and highly sensitive U.S. intelligence conclusion that Russia had foreknowledge of Syria's chemical weapons attack. http://apne.ws/2o1Cjs3

for reporting exclusively that top U.S. officials were not told by the FBI that they were on the same list of Russia hacker targets as John Podesta and more than 100 Democrats. http://bit.ly/2joeFVk

for a story drawing on interviews with 10 Rohingya Muslim rape survivors in Bangladesh who are now having their babies – or abortions. https://bit.ly/2KUfP7Ahttps://bit.ly/2KJj0Df When Ronald Greene died in 2019, Louisiana State Police troopers initially blamed the Black man’s death on injuries from a crash at the end of a high-speed chase, then later said Greene became unresponsive in a struggle with troopers and died on his way to the hospital.

For the most part, that was all the public would know about the case, until AP’s Jim Mustian took up the story. Since he began reporting nine months ago, he’s broken a string of stories revealing there was more to the story. But Mustian always knew he needed to get his hands on one crucial piece of evidence: video.

This past week, Mustian did just that. In the most explosive break yet in the case, Mustian obtained body camera footage that showed Greene repeatedly apologizing and pleading for mercy as troopers jolted him with stun guns, put him in a choke hold, punched him and dragged him by his ankle shackles. The story led national newscasts and websites, and fronted newspapers across the country, with credit to AP’s reporting and the video, again and again.

This scoop was the work of one dogged investigative reporter who never stopped believing that the world should know what really happened to Ronald Greene. For that we honor Jim Mustian with AP’s Best of the Week award.

teamed up with colleagues around the country to deliver sweeping coverage of the deaths at Houston’s Astroworld music festival, reporting on spot developments while telling the stories of the 10 people killed, obtaining valuable video and photos from the crowd and piecing together a riveting account of what unfolded over 70 horrific minutes.Houston reporter Juan Lozano was on the story from the beginning, gathering harrowing details, interviewing victims and their families and talking to authorities, along with Dallas-based reporter Jamie Stengle and New York-based video journalist Robert Bumsted.Working remotely, reporters Mike Catalini and Randall Chase helped assemble vignettes on each of the dead, while Los Angeles news editor Ryan Pearson tracked down images and interviews from concertgoers with assists from reporters Acacia Coronado and Beatrice Dupuy. Kristin Hall in Nashville filed interviews and background on festival promoter Live Nation. And as the week wore on, journalists Michael Kunzelman and Bernard Condon quickly jumped in for spot coverage, focusing on calls for an outside investigation and the lawsuits starting to pile up.The team effort culminated in “70 minutes at Astroworld,” a vivid account of the unfolding tragedy expertly woven together by national writer Matt Sedensly using AP’s reporting, new and compelling narratives from attendees and videos of the concert. The story, including an interactive graphic by Francois Duckett, was among the week’s most-read and engaged stories on apnews.com, highlighting the AP’s virtual ownership of the highly competitive story.https://aplink.news/4v8https://aplink.news/taxhttps://aplink.news/z86 or reporting that the head of the Indiana Department of Education's office circumvented the rules ... 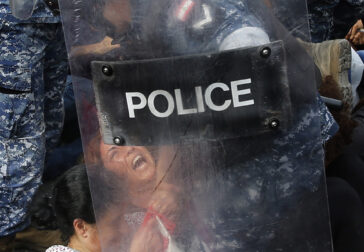 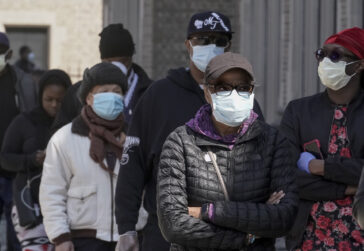