As soon as the ground stopped violently shaking in Anchorage on the morning of Nov. 30, Anchorage newsman Dan Joling calmed his nerves and started reporting. Then, within minutes, he went from producing urgents to plotting out with Stephanie Mullen, the West region’s deputy director of storytelling based in San Francisco, how AP would get the most compelling visuals at first light.

Already adept at capturing still photos, Joling would use a tool new to him, the live video streaming app Bambuser, to report on the damage from the two powerful back-to-back earthquakes centered just outside Alaska’s biggest city.

Out in the field, Joling drove up to a vehicle stranded on a crumpled roadway, first using his iPhone to snap photos that he quickly sent to a photo editor. He then fired up the Bambuser app, a tool that he had been trained on exactly one month before.

The live footage he streamed was scooped up immediately by customers in the United States and Europe.

His quick thinking and improvisation put the AP far ahead of the competition and gave viewers and customers unmatched views of the quakes’ aftermath, earning him AP’s Best of the Week honors. 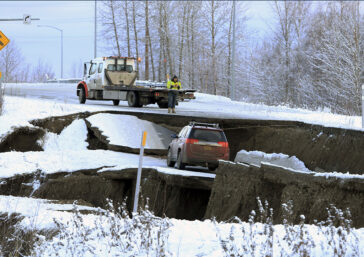 for a fascinating story from the far-north villages of Alaska reveals how climate change is affecting hand-built ice cellars dug deep into the permafrost, changing how people store whale and walrus meat. This unique story focused on a part of Alaska, and a Native population, that is traditionally under-covered. https://bit.ly/2rWwyTg 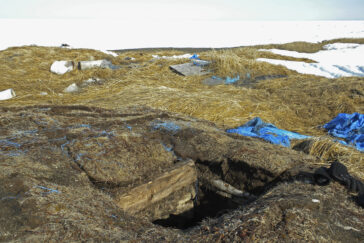 for their all-formats coverage of the discovery of the stern of the USS Abner Read, a destroyer sunk off the coast of Alaska in 1943. https://bit.ly/2Mwnk9F 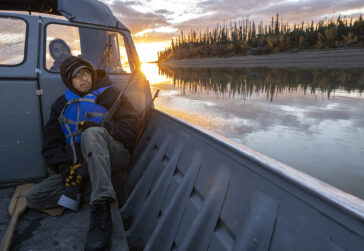 On the edge of America, the U.S. Census started in a tiny Alaska town on the Bering Sea. Toksook Bay, population 661, is only reachable by plane, and isn’t an easy place to live, much less report. The temperatures hover around zero, and daylight is scarce this time of year.

After months of planning, Alaska news editor Mark Thiessen and San Diego photographer Greg Bull spent four days in the remote community, getting rare access to day-to-day life and an interview with the person who would be the first counted, 90-year-old Lizzie Chimiugak.

And when the Census director finally arrived, delayed by bad weather that kept many other news organizations away, Thiessen and Bull were able to quickly file the spot news that Census 2020 had begun.

For overcoming myriad technical obstacles and very cold fingers to cover the news in a far-flung part of the country, while also providing a window into a world unlike any other place in the U.S., Thiessen and Bull win this week’s Best of the States award. 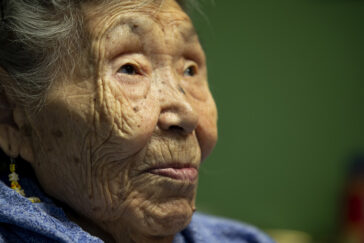 in Anchorage spotted a small item on the website of a radio station that serves a remote part of Alaska that described how a Federal Emergency Management Agency contractor had badly botched the translation of brochures into Alaska Native languages.Read more. 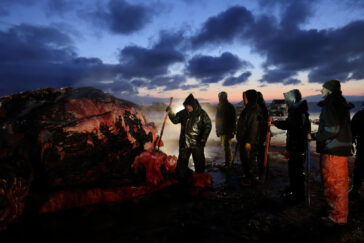 Only on AP: Pace of Bering Sea changes startles residents and researchers

for insightful reporting on what scientists and native peoples actually are observing in the Bering Strait, the gateway from the Pacific Ocean to the Arctic Ocean. What he found through extensive interviews were profoundly altered ocean conditions that were projected by climate change models – but not until 2050. https://bit.ly/2VN9kJ8

Delivering sensitive-but-powerful coverage from a challenging environment, enterprise photographer Maye-E Wong and freelance correspondent Victoria Mckenzie tell the story of average Americans struggling with sexual violence and law enforcement in small communities. Their work made clear that Nome’s struggles don’t represent an isolated case; it is a microcosm of how police and towns and cities across the U.S. have failed survivors of sexual assaults.

For going to extremes – literally and figuratively – to shed light on a remote corner of the larger issue of sexual violence and enforcement, Wong and Mckenzie share this week’s Best of the States award. 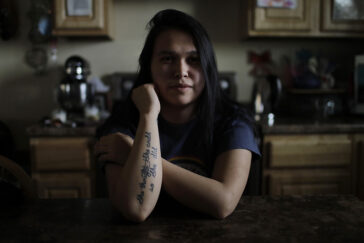 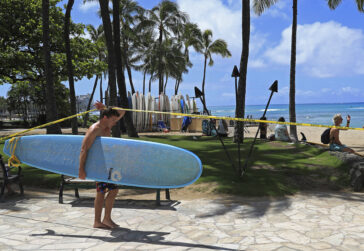 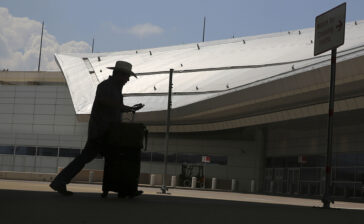 AP: Smoke from US wildfires boosting health risk for millions

After last year's deadly wildfires in California brought weeks of sooty skies to cities along the West Coast, the AP decided to take a closer look into the broader impacts of the massive smoke plumes.

Billings, Montana, correspondent and environment team member Matthew Brown teamed with Denver video journalist P. Solomon Banda to produce an all-formats report on the growing public health threat from wildfire smoke. Their work grew from a body of research that points to where smoke impacts will be worst – a broad swath of the West that includes more than 300 counties with tens of millions of people.

For diligent reporting that provided a deeper look into how wildfires affect communities throughout the region, Brown and Banda earn this week’s Best of the States award. 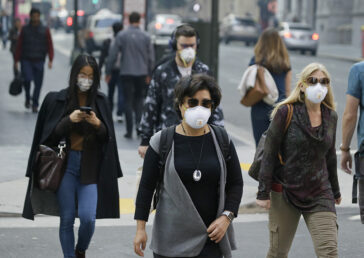 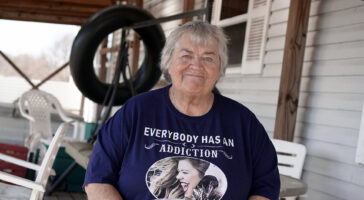 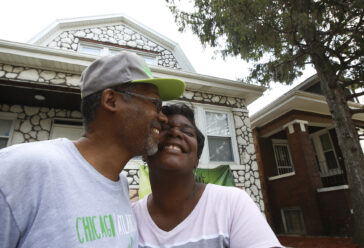 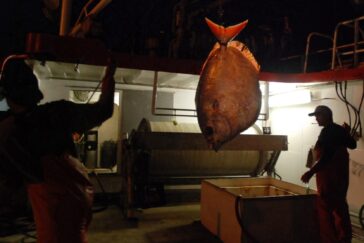