Baton Rouge-based reporter Michael Kunzelman was reporting on the police killing of a black man outside a convenience store last summer when a source called to encourage him to look into a case in front of a federal judge that had been mysteriously reassigned. It wasn’t the easiest time to be chasing down tips: the Alton Sterling shooting was swiftly followed by the killings of three law enforcement officials and then catastrophic flooding in Louisiana’s capital.

But Kunzelman didn’t forget about it.

When he was free, he began an investigation into the performance of U.S. District Judge Patricia Minaldi, work that would take months and aggressive use of public records. It culminated with the discovery last week she’d been ordered to seek treatment for alcoholism so severe that a colleague believed she couldn’t take care of herself. For his work Kunzelman wins this week’s Best of the States award. 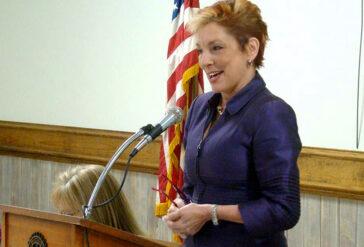 for breaking the news that a federal judge in Louisiana had retired several months after taking medical leave to treat her severe alcoholism. http://bit.ly/2upPfip