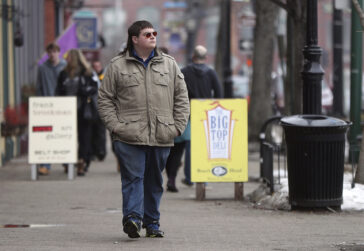 for breaking the news that the Army Reserve was investigating whether leaders of the unit that controls thousands of soldiers across the western U.S. had mishandled at least two sexual assault allegations in-house, rather than referring them for outside investigation as required by military police and federal law.https://bit.ly/2TyDulg 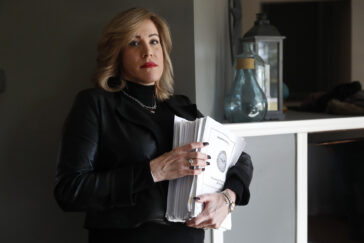 for gaining unprecedented access to a meeting at Washington state’s troubled Western State Hospital where staff expressed safety concerns as nurses and others are assaulted by patients and inmates with severe mental issues. https://bit.ly/2CqIOjE

tapped into her deep network of Pentagon sources to score a major scoop a full day ahead of the official announcement: Sexual assaults in the military had increased by 13% last year, largely driven by a 26% surge of reported sexual assaults in the Army.Few reporters have broken as many stories on issues affecting the lives of U.S. service members as Baldor, AP’s longtime military affairs reporter. She had been working sources for weeks before the official report on sexual assault, and knew the Army numbers would be bad. Then a source came through with all 26 pages of the Pentagon talking points, giving her virtually everything she needed to break the story. Many news organizations used Baldor’s story or had to cite AP’s reporting in their own reporting.Read more 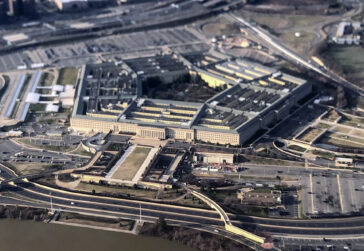 Sex assaults among children on US military bases routinely ignored

Last May, as Reese Dunklin and Justin Pritchard sifted through readers' email responses to AP's 2017 investigation into schoolhouse sex assault, both reporters flagged the same messages for follow-up: The tips described problems with the handling of sex assaults reported on U.S. military bases among the children and teens of service members.

Through dozens of FOIA requests and interviews, they found that reports of sexual assaults and rapes among military kids were getting lost in a dead zone of justice, with neither victim nor offender receiving help. Cases often died on the desks of prosecutors, even when an attacker confessed. And criminal investigators shelved other cases, despite requirements they be pursued, the reporters found.

Using government records and data released by the Pentagon’s military branches and school system, Dunklin and Pritchard catalogued nearly 600 cases of sex assaults among children on military bases, often after protracted FOIA negotiations. Though an acknowledged undercount, it was the first such quantification – something neither the Pentagon nor its global school system had previously done.

For shedding light on a problem too long ignored, and localizing it for AP members in their states, Dunklin and Pritchard share this week’s Best of the States award. 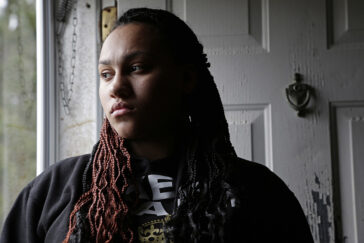 AP: Sharp rise in reports of sexual assault at US military academies

broke news ahead of a Pentagon announcement: Sexual assaults reported at U.S. military academies have risen sharply.Longtime Defense Department reporter Baldor used a tip, source work and rigorous reporting to determine the closely guarded numbers for all the elite academies. And when the DOD asked her to hold the story, suggesting her information might be wrong, she stood firm. Baldor’s AP story moved more than an hour before the official announcement, her numbers confirmed by the Pentagon. Read more 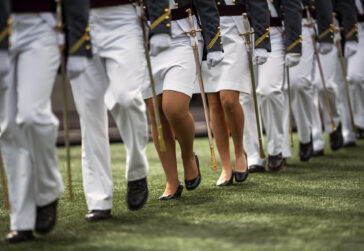 secured the first look at a memoir by Natalie Wood’s sister, breaking the story that Kirk Douglas was the man who allegedly sexually assaulted Wood.

AP national writer Italie had been trying for years to get more details about the dark Hollywood secret. Wood’s younger sister Lana had dangled that she would name the person who assaulted Wood only after he was dead. Italie had a hunch Douglas was that person, but couldn't confirm it until now. Well-sourced in the publishing world, he landed a first read of Lana’s memoir naming Douglas for the assault of her sister.

Italie made sure AP would be first to break it, building in time to craft a fully formed story and give the Douglas family ample chance to respond. Actor Michael Douglas’ response did not refute Lana Wood’s claim, simply saying: “May they both rest in peace.”The piece was a major draw — AP’s top story in reader engagement for the week. News outlets from Variety to The Times of London picked up the story with credit to AP. https://aplink.news/hh6 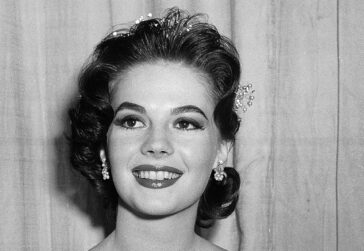 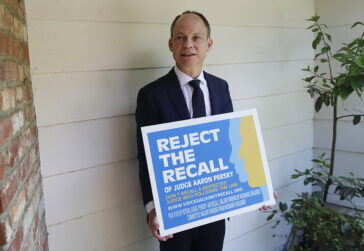 When police reported that al-Shabab extremists had attacked a popular Mogadishu restaurant named Posh Treats in the volatile Horn of Africa country Somalia, many media rushed to tell the world. But Associated Press stringer Abdi Guled was not convinced the report was accurate. His quick calls, including one to an officer at the scene, quickly determined that a place called Pizza House was under assault, not Posh Treats across the street. So while other news organizations had the wrong restaurant, the AP had it right.

This was just the start of Guled’s extraordinary all-night reporting effort. Amid gunfire that left dozens dead, he would put together a riveting story. It’s the Beat of the Week. 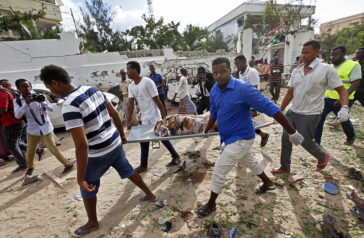 AP connects therapist accused of sexual assault to a dark past

was the first and only journalist to reveal that a New Hampshire therapist accused of sexual assault previously spent 12 years in prison, where he changed his name and earned a degree in counseling after a conviction for a notorious drunk driving incident that resulted in the death of a 12-year-old girl.A tip from the client accusing Peter Stone of abuse started Ramer’s in-depth reporting on the therapist’s dark past and the ethical questions raised over whether professionals should disclose prior criminal convictions.Even major New England news outlets that reported Stone’s 2021 arrest on sexual assault charges did not link him to his previous conviction as Pete Dushame; Ramer alone made that connection. Her story played widely with news outlets in the Northeast and beyond, and ranked near AP’s top for pageviews and reader engagement over the weekend.Read more 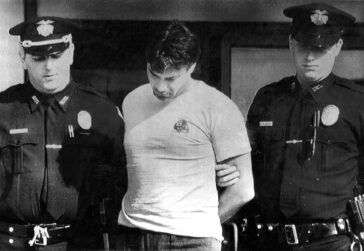 for putting AP ahead of all other news organizations by jumping on a tip from a source, reporting U.S. Sen. Martha McSally’s shocking revelation that she had been sexually assaulted while in the Air Force. When McSally told a Senate subcommittee she had been raped, Long messaged the desk to file the alert, catching other media on Capitol Hill flat-footed. https://bit.ly/2tSq4Cr

‘How is this OK?’: US military struggles with reforms on kids’ abuse

for revealing that despite mandated reforms, the Pentagon still struggles to provide justice when the children of service members sexually assault each other. Acting on a tip to Dunklin, their story describes the case of a 13-year-old boy accused of molesting at least 10 younger children on a U.S. Air Force base in Japan. The girls’ mothers say Air Force officials showed little urgency to offer counseling or investigate. “How is this OK?” asked a mother who locked her kids indoors. https://bit.ly/2XZXbSf

used public records, social media accounts and a series of interviews with a key participant to establish that numerous organizers of the rally that launched the Capitol assault had been on the Trump campaign payroll or worked at the White House as recently as this month. Several tried to cover up the connection after the riot. https://bit.ly/2Y5wEoc 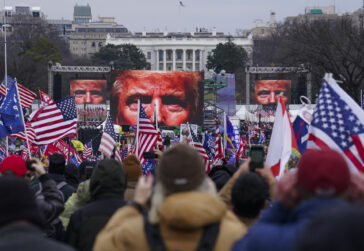 A year after AP report, charges against former Mississippi priest

followed up with the latest developments from his 2019 reporting that uncovered sexual assault by clergy, settled on the cheap in rural Missisippi. That reporting has now prompted sexual assault charges against a former Catholic priest.A year ago, Rezendes and AP colleagues unraveled the case of a former Franciscan friar accused of sexually assaulting three impoverished Black boys. Spurred by this reporting, Mississippi authorities convened a grand jury that handed up sexual battery charges and had the man extradited from Wisconsin. Without the original work of Rezendes, there would have been no criminal case. Said La Jarvis Love, one of the men who told his story to AP: “I’m happy that me saying something got something done.”https://bit.ly/3m7ZShhhttps://bit.ly/2FnUUMm 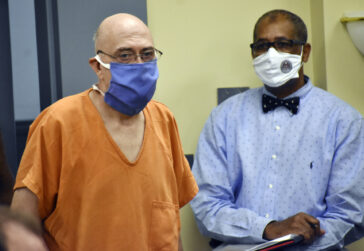