for uncovering that after Hurricane Maria damaged tens of thousands of homes in Puerto Rico, a newly created Florida company with an unproven track record won more than $30 million in government contracts for emergency tarps that were not delivered. http://bit.ly/2ihWBQg

for piecing together how activists managed to hide thousands of ballot boxes from Spanish authorities and hold a referendum on secession. http://cnb.cx/2yZ8xt0

took a detailed look at the federal stimulus bill meant to address the economic turmoil in the U.S. caused by the coronavirus outbreak. Foley found that a $349 billion loan program intended to help small businesses survive will be open to large chains and franchises, jeopardizing the mom-and-pop operations. https://bit.ly/2Xk0w17 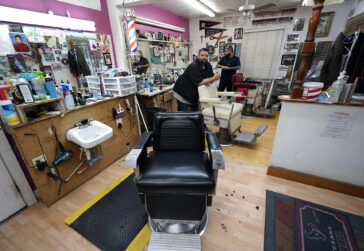 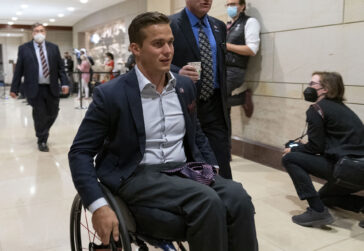 Only on AP: Big farms find easy ways around caps on tariff aid

An AP Best of States mention in February about the hundreds of companies avoiding President Donald Trump’s steel tariffs raised questions about Trump’s $12 billion aid package to farmers hurt by the tariffs. What happened next shows how states can produce sharp, data-driven journalism – simply by calling on the data team for help.

Among their findings: Many big farming operations were legally collecting far more than the supposed caps on aid.

The Only-on-AP story ran on dozens of sites, and because the data and analysis were released to AP members in advance, many chose to localize their stories.

For sophisticated data analysis and on-the-ground reporting that shed light on a key consequences of trade policy, Karnowski, Szalai and Aljas share this week’s Best of the States award. 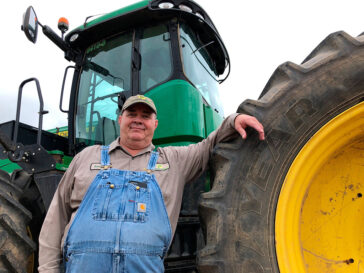 That source work paid off when Spagat scored an exclusive ride-along as federal agents executed what officials called the largest immigration action against an employer under Donald Trump’s presidency: An early-morning sweep of nearly 100 7-Eleven stories that targeted the stores’ owners, rather than the workers.

One U.S. Immigration and Customs Enforcement official said the operation was “a harbinger of what’s to come” for employers.

For his efforts to put AP ahead of the competition (some news organizations cited AP while their own reporters rushed to confirm the story), Spagat wins this week’s Beat of the Week prize. 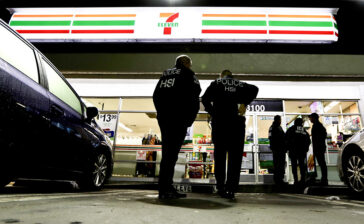 teamed up to reveal where Black people in the United States are growing in number and where their population is shrinking. Tareen a Chicago-based race and ethnicity writer, and Schneider, an Orlando, Florida-based census writer, reported a pair of telling stories: one that found Black residents have been leaving some of the nation’s largest cities for the suburbs, and another about Black growth in less-congested cities with lower profiles.The stories, elevated by the work of photographers Huh and Otero in Chicago and Dallas respectively, complemented each other but also stood on their own as strong enterprise work. Other news organizations had done their own stories on Black population trends, but none with the depth and range of the AP package. Read more 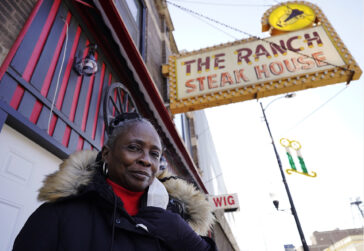 for swinging into action on a Saturday evening to provide visuals and key details when a blackout hit the heart of Manhattan. https://bit.ly/2Y4wUli

turned a routine feature into a news-breaking story by successfully pressing ABC to address Native American groups’ criticism that its show “Big Sky’ failed to acknowledge the problem of missing and abused women on native land. Few outlets had reported on it, and none had gotten a response from ABC.Elber spoke to native groups and pressed ABC, but was repeatedly told the network would have no response. But just before filing her story, Elber received a statement from ABC acknowledging the concerns and vowing to work with native groups to rectify them. The network gave the AP a day’s beat on all other outlets, and that night’s “Big Sky” episode carried for the first time a message about missing women and exploited children. https://bit.ly/39TR0YU 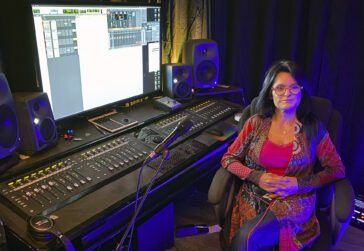 took advantage of agency exclusive all-formats backstage access at the Grammy Awards, resulting in a wealth of interviews for video, and photo access unmatched by wire service rivals. Isaza, Landrum and Pizzello underwent numerous COVID-19 screenings in the six days leading up to the show in order to gain access. That access came about because of the AP’s decade-plus relationship with the Recording Academy — and a firm stand by AP: Some artists demanded approvals of performance photos, which the AP declined, and some talent said they would only do interviews if certain questions were off limits. Again, no.The AP landed at least 20 video interviews with stars such as Dua Lipa, Da Baby, Miranda Lambert and H.E.R, touching on fashion, racial injustice, their pandemic experiences, the return to performing and more. The biggest wins were photos of Beyoncé and Taylor Swift, both rarely photographed by AP, on their big night. AP was one of four photo outlets onsite and the only photo news wire. Competitive news services were forced to use years-old pictures of the pair, as well as several other stars, with their stories.Isaza produced a behind-the-scenes video feature, and Fekadu’s mainbar — powered by photos from Pizzello and Strauss, and quickly updated thanks to his preparedness — racked up nearly 110,000 pageviews by Monday afternoon. Google listed AP’s story first in searches for Grammys or Beyoncé during the evening. https://apnews.com/hub/grammy-awards 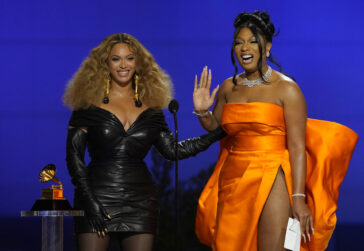 collaborated on sweeping coverage of the Biden-Putin summit that outpaced all the competition.In advance of the summit, AP chased down all the moving parts, staying in touch with local officials and the U.S. mission, clarifying early on where the events would happen and establishing positions.Thanks to that preparation, the truly international video crew delivered outstanding live shots and features, including the summit venue at Parc de La Grange, security, arrivals and departures, reactions of residents and diplomats, protests and impressive shots of the city, among them a continuous live shot from the balcony of Geneva’s Ritz-Carlton from sunrise to sunset. AP offered more live signals and was faster than other outlets, offering more video edits and content than our main competitors.Meanwhile, text reporters from Washington and Moscow combined to put together smart enterprise and preview pieces, then quickly, deftly but firmly shifted to the main event, chronicling the day’s spot developments — a job that required throwing a few shoulders to get through the media scrum and past a Russian security guard for access to the opening photo op of the two leaders seated in a small study. AP managed to pose two questions to Putin that would dominate his post-summit news conference a few hours later: What would he do if Ukraine joined NATO? And why was he so afraid of opposition leader Alexei Navalny? At that, several members of Russian security pushed AP’s reporter from the room.The reporting team in Geneva, working closely with the Washington-based trip desk, filed a running stream of alerts and updates on spot developments, along with sidebars and takeaways on the upshot of the two leaders’ meeting.The photo team, drawing on Moscow, Washington and European staffers, was no less formidable. AP’s initial images of Putin and Biden together were the first to reach our clients, beating the opposition by almost two minutes. Remote photo editing in Washington ensured fast and seamless delivery of images, completing AP’s standout performance across all formats.https://aplink.news/89rhttps://aplink.video/vufhttps://aplink.video/u67 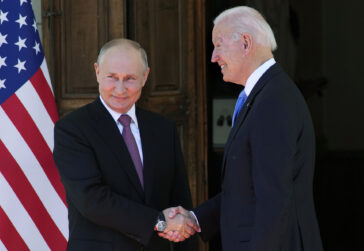 for breaking news on the unusual circumstances around $4.15 million in settlements for alleged victims of sexual harrassment by a former close ally of Iowa Gov. Kim Reynolds. From a comprehensive records request and interviews, Foley learned that a lawyer for the women had sent a detailed “demand letter” threatening a lawsuit days before the election and a promise to dig into the governor’s association with the now-fired director of the Iowa Finance Authority. The state, Foley reported, agreed to settle immediately after receiving the letter. https://bit.ly/2EoXmxR

AP beats the competition on two big stories out of China

for cross-format teamwork and exclusive coverage of alleged labor abuses at a shoe factory in China making Ivanka Trump-branded items. Kinetz and Ting managed to talk to workers who complained of overtime that stretched past midnight, steep production quotas and crude verbal and even physical abuse. Shih and Ting closely followed the story of three activists detained while investigating the plant, including getting exclusive photos and video when they were later released.

Jon Krawczynski and Tim Reynolds, for keeping AP out front during NBA free agency, combining for 28 bylines on trades deals, including news that Blake Griffin would stay with the Los Angeles Clippers on a $175 million five-year contract.