for using dozens of public records requests to break news on the FBI’s efforts to warn American colleges and universities that they’re vulnerable to economic and industrial espionage by China. Emails obtained by AP underscore the extent of U.S. concerns that universities, as recruiters of foreign talent and incubators of cutting-edge research, present a particularly inviting target for espionage. https://bit.ly/2ovvbtc

Cuba mystery deepens: AP first with details of 'health attacks' against US diplomats

When news first broke in early August about mysterious incidents involving U.S. diplomats in Cuba, the AP was all over the story, beating the competition to several key early details. These included talk among officials about a possible “sonic attack” and suspicions that ranged from Cuban culpability to possible intervention by an outside culprit like Russia.

But so many questions were left unanswered. And with the FBI deep into one of the most perplexing investigations in modern diplomatic history, U.S. officials in the State Department, White House and elsewhere were saying as little as possible about what they were learning.

That’s when the Washington bureau put together a multi-beat team of reporters to try to put the pieces together. Their comprehensive work wins Beat of the Week. 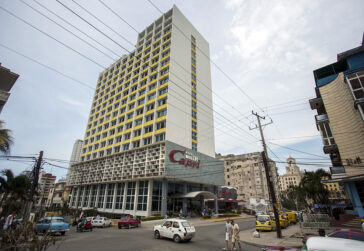