Norwegians now can change genders legally with a mouse click

for putting a human face on a new law that allows Norwegians as young as 6 to change their legal gender with the click of a mouse. http://fxn.ws/2dBXYTG

In Argentina, women fight back against gender-based violence

for an all-formats project on a grassroots movement to combat violence against women in Argentina. http://apne.ws/2sigN6F

delivered two distinctive packages from Africa on vaccine hesitancy and gender inequality in the pandemic response on the continent — bolstering AP’s strong record of reporting on global inequity during the coronavirus outbreak.Teamwork and deep reporting from Gambia resulted in a visually stunning package that revealed Africa’s women as being the least vaccinated population in the world and explained why, bringing readers and viewers into the women’s lives.West Africa bureau chief Larson, senior producer Fisch and photographer Correa first focused on an oyster and fishing collective to better understand the women’s precarious financial position and why that makes them hesitant to get vaccinated. The team also trekked into Gambia’s interior, gaining the trust of a village chief who assembled his community to come talk to the AP about their fears and concerns around vaccination.The stunning package featured the women’s own voices and striking portraits, underscoring the cultural pressures the women face and the power of misinformation. A sidebar by Cheng expanded on the international scale of the problem, reinforcing AP’s commitment to covering global vaccine inequality as a major theme for 2021.Thousands of miles to the south, Zimbabwe stringer Mutsaka and photographer Mukwazhi worked relentlessly to build trust with one of Zimbabwe's leading churches, producing the first in-depth story from Africa on the role of the church in promoting vaccines. The Apostolic Christian Church has a strong distrust of modern medicine and is among the most skeptical churches in the country when it comes to COVID-19 vaccines.Mukwazhi and Mutsaka made contacts, including a church leader who was encouraging worshippers to get vaccinated, and the AP pair was permitted to cover an outdoor service where vaccinations were discussed, the congregants wrapped in white robes. The resulting all-formats package, compelling and sensitively reported, tenderly illustrated the dilemma confronting many Zimbabwean churches regarding COVID-19 vaccine hesitancy.https://aplink.news/mrwhttps://aplink.news/oalhttps://aplink.news/dlrhttps://aplink.video/8nqhttps://aplink.photos/jnuhttps://aplink.news/oryhttps://aplink.video/2bp 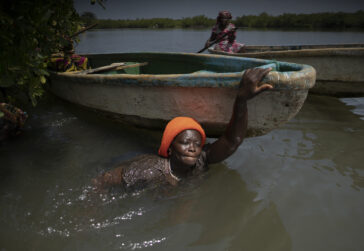 spent months with victims' families and authorities to explain why decades after the problem of femicides was recognized by Mexico's leaders the killings of women continue at a frightening pace. They attended protest marches, court hearings and interviewed the prosecutor in charge of investigating such cases in Mexico state, the nation’s femicide leader.Read more. 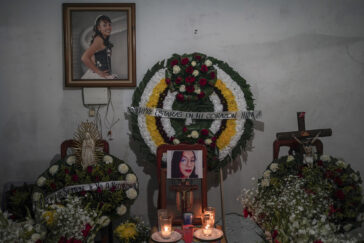 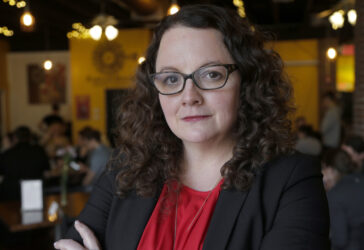 for an exclusive, intimate, cross-format window into an overlooked population who would bear the brunt of Texas’ proposed bathroom bill: transgender children whose teachers have kept their birth genders secret from their peers. https://yhoo.it/2rNWkb2

AP takes readers on a transgender teen's journey, in all formats

for their Only on AP package of text, photos and video that showed the emotion and details that transgender teenager Theo Ramos and his family experienced as he explored and discovered his gender identity.http://bit.ly/2j42yO5http://bit.ly/2AlDBoyhttp://bit.ly/2ke0Fl3 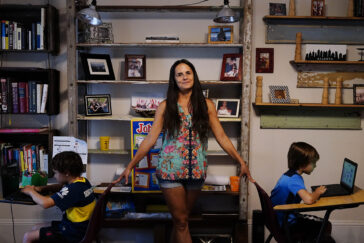 has built a strong source relationship with the very private Anita Hill over the course of 15 years, interviewing her many times. The national writer has also developed ties with other high-profile figures in the #MeToo movement, earning a reputation of trust and respect.That source building resulted in a series of three recent interviews with women of color, all advocates for victims of sexual harassment and abuse:— #MeToo founder Tarana Burke— the first interview in any format with Monifa Bandele the new head of the embattled organization Time’s Up— Hill, who gave Noveck one of just two on-camera interviews to mark the release of her new book on sexual violence, which comes 30 years after her testimony in Congress against Clarence Thomas.All three appeared on camera, speaking of their experiences facing sexual misconduct and how American society must deal simultaneously with its race and gender struggles, because one cannot be solved without the other.https://aplink.news/okmhttps://aplink.video/wn9https://aplink.news/x3chttps://aplink.news/vqq 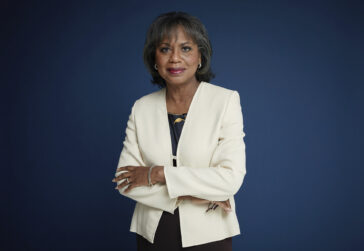 produced a vignettes package that provided an unparalleled, inside look at a historic moment in Indian Country: the potential first Native American Cabinet secretary. In the days leading up to the Senate confirmation hearing for Deb Haaland, President Joe Biden’s choice to lead the Interior Department, Fonseca, AP’s correspondent based in Flagstaff, Arizona, captured what this nomination meant to Native Americans on a personal level. Interviewing people of different ages, genders and tribes across the U.S., she compiled their stories into a series of vignettes and took extra steps to arrange for each source to share a photo that represented their tale. The result was a richly layered, insightful package that brought a range of unique voices to the forefront and offered a window into an important moment in Native American history.https://bit.ly/3sPv7QJhttps://bit.ly/3e9Lvr9 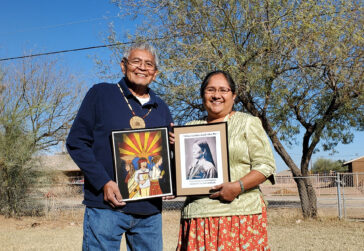 Only on AP: Behind-the-scenes with women’s NCAA champions

had exclusive behind-the-scenes access during top-ranked South Carolina’s run to the women’s NCAA championship, the pair delivering unique content in the highly competitive environment of the game’s biggest stage.South Carolina sports writer Iacobelli has established a good rapport with basketball coach Dawn Staley, who allowed him to join the team during the Final Four in Minneapolis. He teamed up with Des Moines, Iowa-based photographer Charlie Neibergall to produce a widely used package that moved the morning after the Gamecocks captured their second national title under Staley.Read more 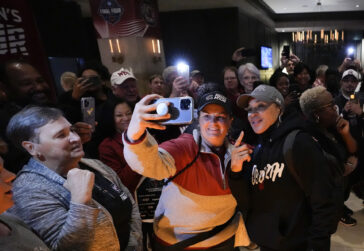 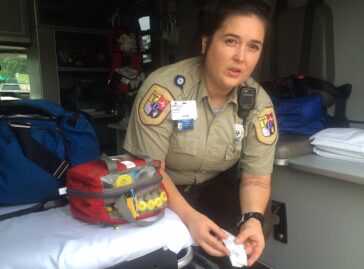