“Don’t dismiss a [story] idea just because it’s unfamiliar. Pelvic exams aren’t exactly in the wheelhouse of the State Government Team, but it turned out to be a really terrific and distinctive topic.”

That’s one editor’s takeaway from a story by Providence, Rhode Island, reporter Jennifer McDermott and Seattle medical writer Carla Johnson, both of whom, acting on a heads-up from New York photo editor Jenny Kane, found that it’s common practice for medical students to perform a pelvic exam on women under anesthesia as part of their training. Whether the patients have given consent for that exam is not clear, drawing the interest of state lawmakers.

The pair faced multiple obstacles in reporting the story, including initial reluctance by doctors and harried legislators to discuss the issue, but McDermott and Johnson succeeded in defining the conflict between medical schools and elected officials seeking to protect patient rights. Their efforts resulted in a unique story that received heavy play among major AP customers, both online and in print.

For their teamwork, execution and sensitive handling of a complex topic, McDermott, Johnson and Kane win AP’s Best of the Week award. 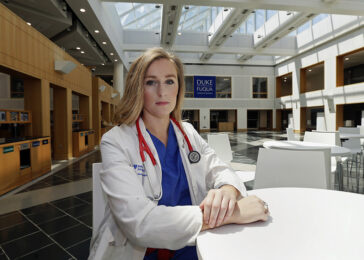