With school districts nationwide wrestling with tough decisions on reopening amid the pandemic, South Carolina reporter Jeffrey Collins wanted to show that process at work.

When several districts rebuffed his efforts at behind-the-scene access, Collins took another approach. He started reporting by watching a school board’s meetings online, taking voluminous notes. Demonstrating a thorough understanding of what the district was facing, he was finally granted in-person access to the district’s meetings and discussions for a revealing all-formats package.

For finding a way to delve into a local school board’s deliberations, and providing insight into conversations happening nationally, Collins wins this week’s Best of the States award. for analysis of tax filings and data made available by the Foundation Center to detail how money from billionaires has flowed through state support organizations to promote policies favorable to charter schools. https://bit.ly/2mF5QZo Tough calls for US families as school year looms

turned a spotlight on the stress parents are feeling as they consider the reopening of schools and weigh competing concerns – the health of their children, the burden of extended quarantine, the need to have children cared for as parents get back to work. Exploring the impact of these factors on working parents, Loller sorted through the nuanced implications for parents from New York to Texas as they react to the pivotal decisions being made by elected officials about when kids should return to school. https://bit.ly/2ZSnqO3 for a slice-of-life takeout on how the tech sector is affecting people’s lives, including the influence of technology companies in cities like San Francisco. The piece was timed to move the day before a crucial vote on a controversial waterfront homeless shelter. https://bit.ly/2URcZEB 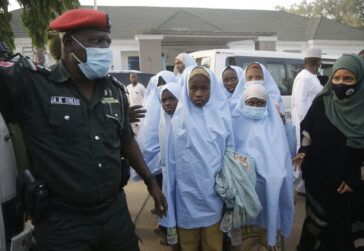 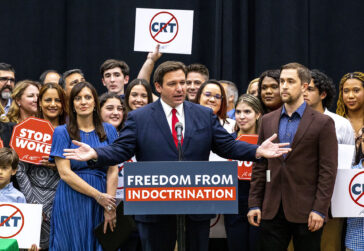 for a story pointing out that the New England Patriots would be one of the last NFL teams to start a black quarterback when Jacoby Brissett played on Sept. 22. http://bit.ly/2dkHQnL for an AP investigation that found thousands more civilian deaths caused by the U.S.-led coalition in Mosul than earlier acknowledged. http://bit.ly/2phgQ3a