AP has rare access as Haitian migrants, in bid to reach US, face perilous jungle crossing of Darien Gap

Hundreds of migrants try each day to cross the Darien Gap — a thick jungle between Colombia and Panama traversed by many ultimately seeking the U.S. border — yet journalists rarely observe more than the first few steps of the journey.

But after days of negotiations with locals who participate in a human-trafficking network, the Bogota-based all-formats team of correspondent Astrid Suárez, photographer Fernando Vergara and video journalist Marko Álvarez were given exclusive access to the first hour of a treacherous six-day journey. That single hour was enough to tell the stories of migrants willing to risk their lives in a jungle teeming with threats, from raging rivers to gangs targeting migrants for theft and sexual assault.

For a stark all-formats portrait of desperation and determination in the depths of the jungle, Suárez, Vergara and Álvarez earn AP’s Best of the Week — First Winner.

for producing the first images and interviews with underage migrants being officially transferred from Calais' “jungle” camp to Britain. http://apne.ws/2eiOfCT

When Tim Reiterman set out to tell the story of the 40th anniversary of the Jonestown mass murders and suicides, he didn’t want to retread territory he’d covered with previous anniversary stories, or rely solely on his own harrowing experiences in the South American jungle.

Instead, Reiterman mainly focused on those he hadn’t interviewed before, including the adopted black son of the Rev. Jim Jones. He also focused on those who grew up in the Peoples Temple, or joined as teenagers. These survivors, due to happenstance or their own efforts, were all away from the Jonestown community in Guyana when Jones ordered his followers to drink flavored poison.

The order that ended 900 lives came after a California congressman, temple defectors and journalists including Reiterman were ambushed on a nearby airstrip. The Nov. 18, 1978 attack killed U.S. Rep. Leo Ryan, as well as Reiterman’s photojournalist colleague at the San Francisco Examiner, and three others. Reiterman was wounded in the attack, but went on to shoot photos of the bloody aftermath and write a detailed account two days later.

Reiterman’s approach to the 40th anniversary provided an unparalleled look into the massacre through the eyes of survivors who had to go on grieving close family members and forge new lives back in the United States. It also allowed Reiterman the opportunity to explain the tragedy for readers and viewers who might only know its broad outlines, if that. The all-formats package Reiterman wrote and helped coordinate – with assistance from staffers in all formats throughout the AP – wins this week’s Best of the Week. 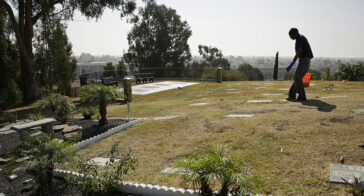 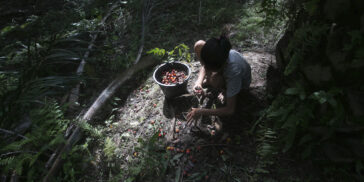