Only on AP: No justice for patients of sex-abusing Philadelphia physician

Police in New York City and New Jersey had already charged Dr. Ricardo Cruciani with rape and other serious sex offenses that could put him away for decades.

But in Philadelphia, where the allegations first surfaced? Some officials wouldn’t even return phone calls, according to the women who say they were victimized by the prominent neurologist.

Alarm bells went off for northeastern Pennsylvania correspondent Michael Rubinkam when police in Philadelphia did not pursue a felony case, even though some of the accusers in New York and New Jersey cases said they had been assaulted in Philadelphia, too. He interviewed six women who described what they viewed as a shocking lack of care and concern on the part of city police and prosecutors. The women said they felt like they’d been victimized twice – first by the doctor, then by law enforcement.

Rubinkam’s artfully written Only on AP story was widely used, and was displayed prominently on the homepage of Philadelphia's two major newspapers.

For enterprising work on a story of intense regional interest, Rubinkam wins this week’s Best of the States award. 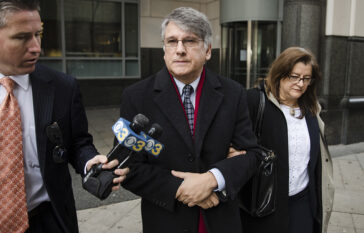