The last of four executions carried out by Arkansas in April highlighted concerns about the drug midazolam. The sedative has been adopted by many states in recent years as part of their lethal injection protocol in place of barbiturates and anesthetics no longer available because manufacturers don't want them used in executions.

How did that midazolam execution compare to others, some in other states, where problems were alleged?

It was a question the AP – with its nationwide profile – was uniquely positioned to answer. For its depth of coverage, the multi-state AP team wins this week's Best of States award. 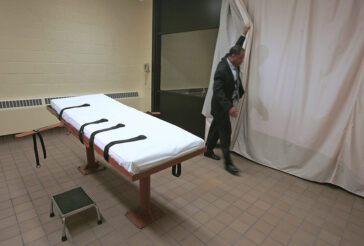 In February, Arkansas announced a series of April executions that, if carried out, would make history in the United States: Over an 11-day period, the state would put to death eight inmates – two each on four days. No state had performed so many executions in such a short time since the Supreme Court re-instated the death penalty in 1976.

And Arkansas, which had not carried out an execution since 2005, had a curious justification for the expedited timetable: the supply of one of its three execution drugs was expiring at the end of the month. Officials were not confident they could obtain more.

Weeks before the first planned execution, a team of AP journalists in Arkansas and beyond set out to both chronicle the executions and offer deep and varied enterprise that broke news. Their work earns this week's Best of States award. 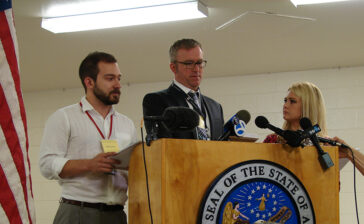