for looking beyond the technology industry’s typical explanations for its lack of diversity and finding that the industry’s own hiring practices are a big part of the problem. http://apne.ws/2kVFpjm 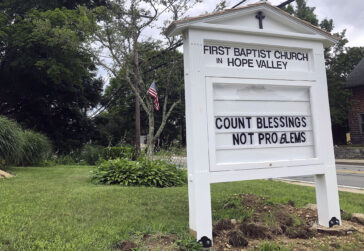 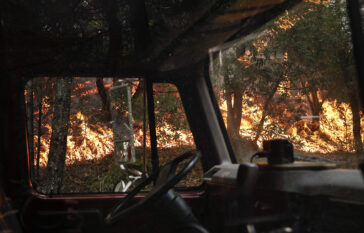 Few places in America have been as hard hit by the pandemic as the Texas border, and the package by this all-formats team exposes the stark contrast between this part of the country and regions with greater resources.

With access to two hospitals overwhelmed by cases in the Rio Grande Valley, AP reporter Paul Weber, photographer Eric Gay and video journalist John Mone carefully documented stories of patients and staff, including a new mom in the maternity ward who unknowingly contracted the virus and had to be isolated from her newborn.

Weber wrote: “The U.S. failure to contain the pandemic has been laid bare.”

For a compelling and hard-to-report all-formats package, Weber, Gay and Mone win this week’s Best of the States award.

for reporting on a lavish wine cave fundraiser for Pete Buttigieg in Napa, California, that became a key issue during the Democratic debate on Dec. 19. His curiosity piqued after a source provided him with a copy of an invitation to an exclusive Buttigieg fundraiser, Slodysko picked up details that made it clear this wasn’t just any fundraiser. The room included a chandelier with 1,500 Swarovski crystals, an onyx banquet table and $900 bottles of cabernet. The story spoke to the issue of rich donors wielding outsized political influence and dominated the week’s presidential debate as fellow candidate Elizabeth Warren pressed Buttigieg about why he would need to hold a fundraiser in such a venue. By the end of the night, “wine cave” had entered America’s political lexicon. https://bit.ly/379yVBr 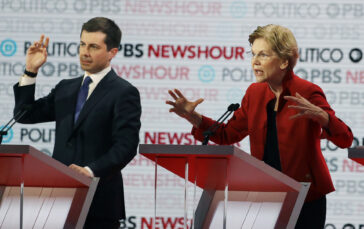 AP Exclusive: SUV came through hole in border before crash

broke news by reporting that an SUV with 25 people crammed inside drove through an opening in the U.S.-Mexico border fence shortly before it collided with a tractor-trailer, killing 13. A multiformat AP team was among the first on scene after the crash in California’s remote imperial Valley. Over the next two days, AP provided exclusive photos and video and broke the news of the hole cut in the wall. Spagat, AP correspondent based in San Diego, had on-the-record information from the Border Patrol sector chief, allowing AP to report exclusively that surveillance video showed the SUV and another vehicle driving through the opening in the wall, and that the incident was believed part of an immigrant smuggling operation.https://bit.ly/3l8oAxLhttps://bit.ly/3qNcP1f 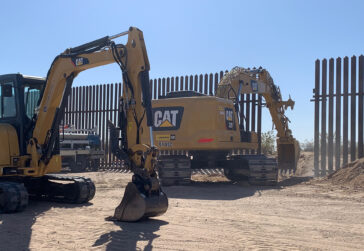 produced an authoritative look at President Joe Biden’s border policy, drawing on interviews with administration officials, internal documents and intelligence reports, and on-the-ground reporting. The story was AP’s first collaboration in partnership with AIM Media Texas, a consortium of newspapers in the Rio Grande Valley, including The (McAllen, Texas) Monitor.Well before the arrival of some 15,000 Haitian migrants at the U.S.-Mexico border in September, Spagat, AP’s lead immigration reporter, had been looking closely at the Biden administration’s border policy. The uneven and often chaotic response to that September surge underscored that Biden, despite campaign promises to overhaul immigration and now with nearly a year in office, lacked a coherent plan for the border.To uncover how Biden's policy, or lack thereof, had come to this point, Spagat teamed up with Monitor investigative reporter Gonzalez, obtaining memos that detailed early conversations about border policy, conducted interviews with high-ranking current and former U.S. officials and Mexican authorities. Exclusive internal documents, obtained through sources and Freedom of Information Act requests, included email traffic between Border Patrol officials during the surge and a tally of the thousands of migrants released into the U.S. despite the administration’s tough talk of expelling migrants.Editors Katie Oyan, Jerry Schwartz and Peter Prengaman worked closely on the text and photo editor Alyssa Goodman built a striking presentation. Video journalist Manuel Valdes produced a strong piece that elegantly broke down the weak points in Biden's border policy.The end result was arguably the most comprehensive look to date at how Biden's border went from hopeful to chaotic. The piece appeared widely in news outlets across the U.S.https://aplink.news/8ojhttps://aplink.video/8wv 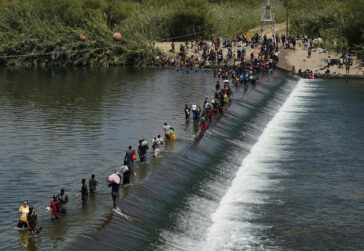 AP ahead on disappearance, killings of British journalist and Indigenous expert in the Amazon

From the announcement that Dom Phillips and Bruno Araújo Pereira were missing, AP mobilized to provide first agency photo and video coverage. AP had staff on the ground well before any other international media — and before federal police arrived to investigate.

As the story developed, regional expertise helped AP report accurately, avoiding the reporting mistakes of other media, and expand beyond the spot news with enterprising coverage, including profiles and an explainer, placing the tragedy in context. 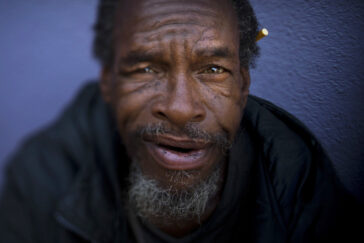 Among the many questions raised by President Donald Trump’s surprise executive order targeting predominantly Muslim nations was how his administration arrived at the seven “countries of particular concern.” Take Libya, for example. By making the list, one might think the country was sending waves of refugees pouring into the U.S. Not so, according to data analyzed and packaged on deadline for AP customers by data journalist Meghan Hoyer.

Hoyer’s analysis of federal data in the chaotic days that followed the Trump administration order provided tremendous value for AP customers across the country, allowing them to localize a story of international significance. Hoyer wins this week’s $300 Best of the States award. 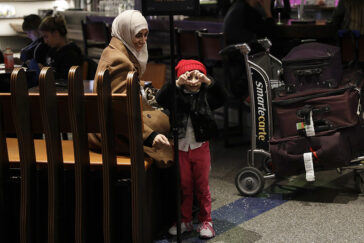