obtained data across the country to establish the continued popularity of homeschooling for American families — even as schools reopened and vaccines became widely available.Because the federal government does not have a current database of homeschooling numbers, Thompson built her own by reaching out to education departments in all 50 states for their data. She also interviewed families for their perspectives on homeschooling, and used her experience on the education beat to put the trend in the context of homeschooling regulation debates, concerns over neglected students and a broader decline of public school enrollment.Read more produced a unique photo package on a rare situation caused by the pandemic lockdown in Israel: Packs of jackals are roaming a main park in Tel Aviv in search for food. The coronavirus lockdown has dramatically changed Tel Aviv’s normally bustling Hayarkon Park to an eerily quiet place, clearing the way for the jackals to take over the urban oasis. https://bit.ly/2VsSim7 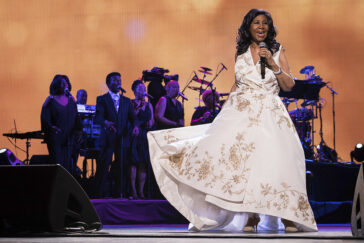 for exclusive, all-formats access to a rare music concert by North and South Korean musicians in Shanghai. Kim, who had written about a failed 2015 attempt at a two-Koreas orchestra, acted on a tip from a good source, preparing the story and handing it off to Kang, who won over wary organizers and musicians. The coverage won play in South Korea’s top media outlets and internationally. https://bit.ly/2W22Zgy In the nearly two years since Prince’s sudden drug overdose death in 2016, Minneapolis reporter Amy Forliti has closely tracked the criminal investigation into his death, cultivating sources who could help her break developments along the way, including the possibility of criminal charges.

A medical examiner's scant one-page report had cited an accidental overdose of fentanyl as the cause of Prince’s death, but provided almost no other detail. Forliti had pursued a copy of the autopsy and toxicology report ever since from multiple sources. She finally obtained the confidential toxicology report on March 26.

Forliti talked to three experts not involved in the case who analyzed blood and liver readings in the report and characterized them as “exceedingly high” – as one expert put it, they were very high even for a chronic pain patient. The details were something no other media could match.

Forliti's exclusive was widely played. It led the Minneapolis Star Tribune's website for hours and made the printed paper, a rarity for a story on which they compete with AP. CNN referenced the story on-air and online with credit to AP.

For relentlessly working her sources to break news on a long-simmering story, Amy Forliti wins this week’s Best of the States award. 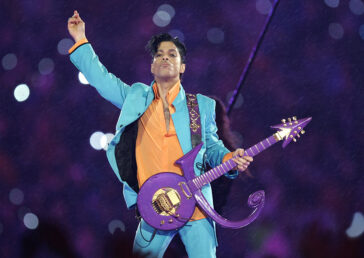 gave AP a six-hour beat on all competitors with a report that the Dalai Lama would release his first-ever album; the story was picked up by Rolling Stone, Pitchfork, Billboard and other publications. The album, featuring teachings and mantras by the Dalai Lama set to music, is to be released July 6 on the religious leader’s 85th birthday. Fekadu’s story included the first interview with the musician who proposed the project to the Dalai Lama. https://bit.ly/3egDMVw for his five-hour beat on the news that the Eagles’ greatest hits album has overtaken Michael Jackson’s “Thriller,” in the race for all-time best-selling album. https://bit.ly/2ORDW8u