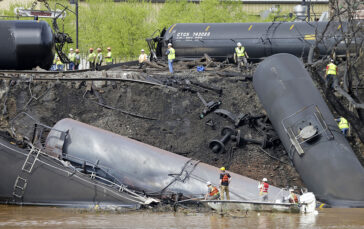 for accountability reporting that showed New Jersey Transit has paid more in fines for safety violations than any other commuter railroad in the country over the past five years. It also had a significantly higher accident rate than the rest of the nation’s 10 largest commuter railroads. http://apne.ws/2evTGA4