Despite challenges, strong coverage of Turkish offensive into Syria

for overcoming major obstacles to cover Turkey’s offensive into northern Syria, including disruptions of communications networks, hostility to international media and sporadic shelling. The pair provided powerful visual coverage of the military buildup on the Turkish side of the border, early scenes of troops crossing into Syria and a live shot of the border and the chaotic scene of a mortar attack in the Turkish town of Akcakale. Strong contributions from Beirut rounded out the coverage.https://bit.ly/33ehnCehttps://bit.ly/2MRpii9https://bit.ly/2nZnH1y 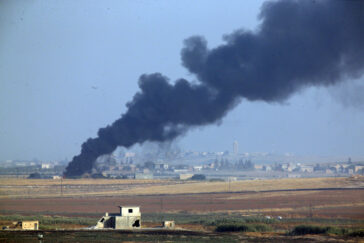 continued their exceptional coverage of the toll that conflict has taken on residents and combatants in Nagorno-Karabakh, as Armenia and Azerbaijan went to war over the separatist region. Highlights of their work have included vivid storytelling from inside a hospital overwhelmed by both the war and the pandemic, desperate residents fleeing the fighting and an intimate ritual of young Armenian recruits being baptized before deployment to the battlefield.Reporting from the heart of the region, video journalist Chernov and photographer Lovetsky have worked resourcefully without the assistance of fixers or translators, braving many nights during which the regional capital Stepanakert came under a barrage of Azerbaijani shelling and missile strikes. Their coverage provided the AP, its clients and readers with unique insight into life in Nagorno-Karabakh during the six weeks of the biggest escalation of a decades-old conflict between the two ex-Soviet nations.Since last week’s coverage, Armenia and Azerbaijan have announced an agreement to halt fighting over Nagorno-Karabakh under a pact signed with Russia that calls for deployment of nearly 2,000 Russian peacekeepers and territorial concessions that triggered protests in Armenia.https://bit.ly/2IlNQlshttps://bit.ly/2GSRdiZ 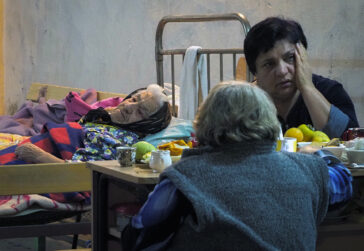 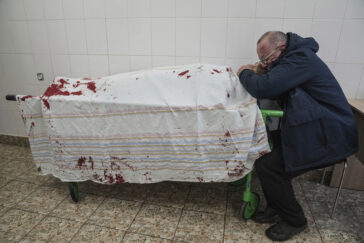