As tensions between Iran, its neighbors and the United States ratcheted up last week, AP’s staff in Baghdad, Dubai and Tehran turned out aggressive, yet cautious coverage, bringing facts and unique perspectives to the tense and escalating situation in the Persian Gulf, often well ahead of the competition.

Those stories included reports of “sabotaged” oil tankers off the coast of the UAE, and AP broke the news that Iran had quadrupled its uranium enrichment.

Meanwhile, AP’s Tehran team produced an all-formats piece on the mood of people on the city’s streets that could not be matched by competitors, and AP was first to report an FAA warning that Iran could misidentify commercial flights in the region.

AP was also aggressive on related developments, ensuring that clients had video and text coverage of tweets by President Donald Trump and Iranian officials.

For smart judgment, planning and effective use of AP’s resources to break news and bring facts to a region on edge, the team of Jon Gambrell, Qassim Abdul-Zahra, Mehdi Fattahi, Bassem Mroue, Nasser Karimi and Vahid Salemi wins AP's Best of the Week, with the support of their colleagues and contributors in the region. 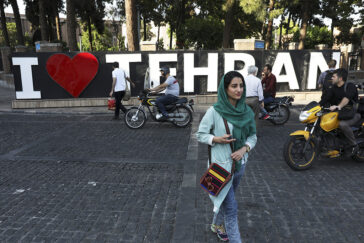