for detailing the confusion, chaos and fear inside the plane when a Southwest Airlines plane’s engine exploded, breaking a window and pulling one passenger halfway out the aircraft to her death. In other stories, they profiled the heroic pilot who landed the plane and broke news that the FAA would order inspections of engine fan blades like the one that caused the accident. https://bit.ly/2Kixp5z

It’s no secret that the repeal and replacement of Obamacare could have a significant impact both on those holding insurance and on the finances of states that have embraced the health care law. But over the last few months, few details had emerged on what that precise impact might be.

In an “Only on AP” story, St. Paul, Minnesota, statehouse reporter Kyle Potter revealed that Minnesota officials were bracing for additional costs that could reach $6 billion by 2029 to maintain a low-income health care program that covers more than 900,000 state residents. For providing one of the first concrete glimpses into the possible ramifications states envision, Potter wins this week's Best of States recognition.

US in talks to keep American troop presence after IS

for breaking the news that Iraq and the U.S. are in talks over keeping American troops in Iraq for the long term after the Islamic State group is defeated. http://apne.ws/2p9DuW3

for being first to report on details of the House Republicans’ tax plan, including cuts in corporate taxes and the elimination of prized deductions and tax brackets. http://bit.ly/2hWty1e

for a story that revealed how former White House aide Omarosa Manigault Newman’s turn against President Trump wasn’t enough to convince blacks to let her return to the family fold. https://bit.ly/2MJbjwW

US slashes Cuba embassy staff, warns Americans not to visit

for scoring AP’s latest scoop on the unfolding mystery in Cuba by being first to report a series of U.S. actions in retaliation for what are being called health “attacks" on U.S. diplomats. http://bit.ly/2xUd42P

The Koreatown area of Los Angeles can be a challenging place to report — many residents are hesitant to speak to the press. That makes what Los Angeles-based photographer Jae Hong pulled off that much more impressive.

Hong, a Korean American who moved to LA as a teenager, had recently spent a year on assignment in Tokyo. When he returned to the U.S., he was astonished by the increased aggression he saw toward Asian Americans, who were being blamed by some for COVID-19.

After much outreach and many conversations with the local Korean community, he found a few families willing to let him into their lives. The end result — Hong’s somber photos and poignant text — is a compelling portrait of a community experiencing very real fear amid attacks targeting Asians.

For timely, revealing enterprise reporting in both text and photos, Jae Hong wins this week’s Best of the States award.

for scoring a clean beat in reporting major changes were coming to the FedEx Cup, the playoff system in men's golf with a $10 million bonus for the winner. https://bit.ly/2M7yhJN

The Republican health care bill landed with projections that millions of people would lose their insurance coverage. Among the key questions: Who would be hurt most by the new plan?

AP data journalist Meghan Hoyer, based in Washington, set out to explore the impact of the GOP plan by gathering and analyzing data from several government and private entities. She found that Americans 55 and older who buy private health insurance will pay more than they do under Obamacare _and many of those who'd be hit hardest live in counties nationwide that gave President Donald Trump his strongest support.

Using those findings, reporters Michael Rubinkam in Allentown, Pennsylvania, and Kelli Kennedy in Fort Lauderdale, Florida, searched for people — both Trump backers and Hillary Clinton supporters — to discuss how the plan would affect their finances. The work of these three reporters, blending careful data crunching and compelling shoe-leather reporting, earns the Beat of the Week. 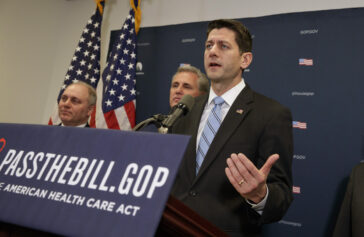 for an all-formats look at the legacy of the Native American occupation of Alcatraz Island 50 years later, including an interview with filmmaker Peter Bratt who was 7 years old when he accompanied his mother to the former prison. The 19-month occupation is widely seen as a pivotal event that prompted tribes to organize and advocate for indigenous rights. https://bit.ly/35FaJX4https://bit.ly/2OYkKrr New Zealand’s plan to save birds: Kill every rat

for examining New Zealand’s ambitious plan to eliminate every invasive predator in a bid to save the country’s rare birds, including the iconic kiwi. https://apnews.com/0eec2d820e474fbfac29f4297a43645...

teamed up to provide a science-based reality check to the pope’s planned trip to Iraq. Their story raised questions about how the Vatican can justify going through with the trip during a global pandemic. Chief Vatican correspondent Winfield had been preparing a preview on the Iraq trip and Christian-Muslim relations, but while interviewing experts she realized that the virus issues would dominate that story. Instead, she and Baghdad colleague Kullab hustled to put together a weekend piece focused exclusively on the virus, adding a valuable story to AP’s planned trip line-up.Beyond the obvious risks involved in any mass religious gathering, the story also raised the more problematic optics of having a vaccinated papal delegation descend on a country where the virus is surging, the vaccine campaign hasn’t even begun and where an already fragile health care system has been weakened by war and economic crises. The story was well timed, given the day it moved the pope’s own ambassador to Iraq tested positive. https://bit.ly/2O0EcHD 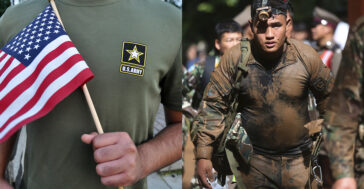 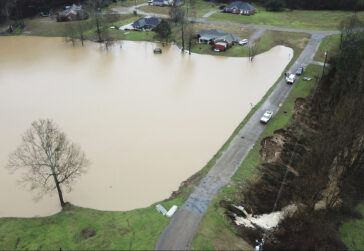