for getting the first word on Interior Secretary Ryan Zinke's recommendations on the fates of two dozen federally protected land and ocean sites under review at the request of President Trump. Zinke told AP he will not rescind their status as national monuments but may allow other changes. http://bit.ly/2w2K0Ey

In Tuskegee, home to black achievement, a Confederate monument endures

The name “Tuskegee, Alabama” evokes images of black empowerment in a once-segregated nation.

Booker T. Washington and George Washington Carver became legends of education at what is now Tuskegee University, and the nation’s first black fighter pilots were known as the Tuskegee Airmen after training in the town during World War II. Michelle Obama gave an impassioned speech there in 2015 while first lady.

So why is there a Confederate monument in the middle of the nearly all-black city?

Birmingham, Ala., correspondent Jay Reeves, using information gleaned from old newspaper accounts, local government records and interviews, reported that the United Daughters of the Confederacy raised money for the monument in the early 1900s. And the white-controlled county gave the heritage group land at the center of town for a whites-only park. It’s there that the statue still stands 109 years later.

Several efforts to relocate the monument have failed through the years, mainly because the Confederate heritage group still owns the land and refuses to move the statue.

In addition to text, Reeves shot photos and located archival images, as well as shooting and editing video for the multiformat package.

For digging in to examine why Confederate monuments are coming down nationwide but not in the historic, majority-black town of Tuskegee, Ala., Reeves wins this week’s Best of the States award. 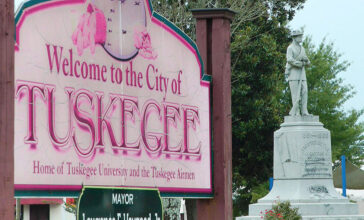 used a tip from a high-level state government source to break the news that Gov. Ralph Northam planned to remove the Gen. Robert E. Lee statue that has towered over Richmond for 130 years. Acting on the tip, Suderman relayed his reporting from the field to Rankin, who quickly filed the urgent series, adding important context from her years reporting on heated battles over monuments across the state.The pair’s AP Exclusive stood for more than half an hour before being matched by local and national outlets. https://bit.ly/3f5GzAE 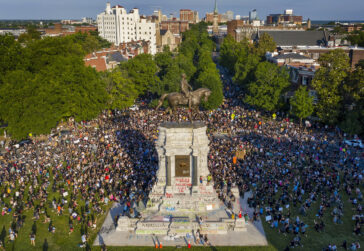 AP gets first word of plan to allow drilling, mining near national monument

for breaking the news that the government would allow mining, drilling, grazing and recreation on lands around Grand Staircase-Escalante National Monument in Utah that had been off limits. President Donald Trump downsized the protected area two years ago.

Impressed by AP’s fairness in coverage of the ongoing debate about managing public lands in the West, the Bureau of Land Management reached out to McCombs to share embargoed materials and the first interview by the region’s acting director ahead of the plan’s release. The APNewsBreak revealed that not only would the formerly protected lands be made available to a wide variety of uses but that those activities could have an adverse effect on the monument that is home to dramatic formations and vistas and is prime territory for paleontologists. https://bit.ly/2UafUcE 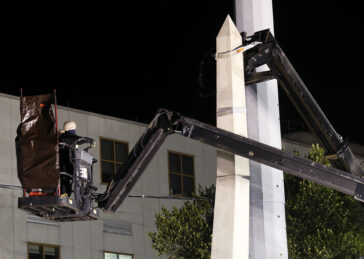