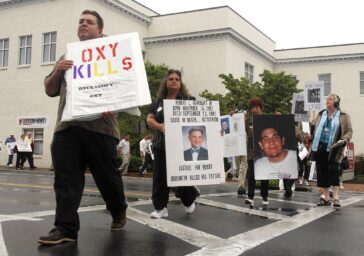 for a haunting image of a mother kissing a baby who died in a boat capsizing, drawing attention around the world to the humanitarian crisis of Rohingya refugees from Myanmar. http://bit.ly/2xfJ5lJ 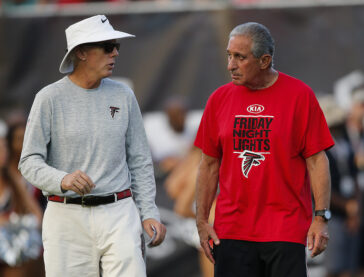 Catholic nuns share their loss and pain of the pandemic

gave voice to the intense emotion within communities of Catholic nuns that have experienced devastating losses from outbreaks of the coronavirus. The Felician Sisters alone lost 21 of their own from four U.S. convents, a remarkable blow for a community of about 450 women. This intimate look within the cloister showed the lasting effects of what the pandemic wrought — in this case, the most reverent found themselves questioning faith and how one might continue living when so many nuns didn’t.After initial difficulty connecting with receptive sources, national writer Sedensky found Sister Mary Jeanine Morozowich in Greensburg, Pennsylvania, who had a level of introspection and eloquence that would help drive this story. That opened the doors to St. Anne Home in Greensburg. Sedensky and video journalist Wardarski, both compassionate listeners, encouraged the openness of the sisters, helping introduce the pair to others at the ministry. “By the time Jessie and I paid a visit there, we were able to share moments and conversations with all of them,” Sedensky said. Along the way, a couple of sisters told him that they felt better after their conversations.The package, including Wardarski’s poignant visuals, found a receptive audience. The AP pair received innumerable emails expressing how much the story moved readers. One was headlined: “My tears flowed as I read your article.” Another said: “Your article about the loss of these beautiful women will stay with me always. ... You wrote it so beautifully and with such respect.”https://bit.ly/3g8vYsGhttps://bit.ly/3gdjJeh 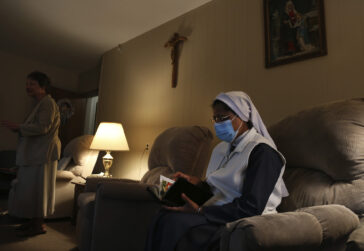 The rent is due: Stories of economic pain amid the virus 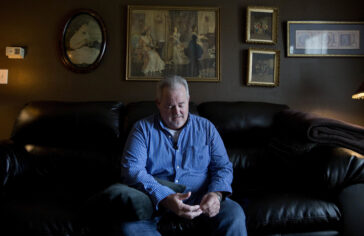 exclusively obtained body camera video kept secret for more than two years showing a Louisiana State Police trooper pummeling a Black motorist 18 times with a flashlight, an attack the trooper defended as “pain compliance.”The dramatic footage of the May 2019 beating of Aaron Larry Bowman — who could be heard wailing between blows, “I’m not resisting! I’m not resisting” — was featured with credit to AP on news broadcasts by all three major U.S. networks and in matcher stories by The New York Times, The Washington Post and CNN. AP’s coverage also included exclusively obtained investigative documents on the case and an emotional all-formats interview with Bowman, conducted just a few weeks earlier, in which he recounted the beating that left him with a broken jaw, broken ribs, a broken wrist and a deep gash in his head.The piece by Mustian and Bleiberg shared a theme with several of the week’s top AP stories: They shed light on issues fundamental to democracy that no one would have known about without the AP. This was just latest in a series of AP exclusives on the Louisiana State Police that began with stunning coverage of the deadly arrest of Ronald Greene by troopers from the same headquarters. Greene’s arrest was kept under wraps before AP obtained video and published it earlier this year. Federal prosecutors are now examining both cases in a widening investigation into police brutality and potential cover-ups involving both troopers and state police brass.This week’s story, accompanied by a video package from Stacey Plaisance and photographs by Rogelio Solis, saw strong play online with 225,000 pageviews on AP News and was AP’s most-engaged story of the week with readers.https://aplink.news/tc9https://aplink.video/acm

In rural Ohio, the personal stories behind opioid prescription data

for their deadline all-formats report that put a human face on the release of millions of prescription painkiller sales records. They told the stories of people directly affected by the epidemic in Jackson County, Ohio, a rural Appalachian community that received 107 prescription painkillers per person per year at the height of the crisis, according to the data. https://bit.ly/32uXxDjhttps://bit.ly/2YxFSMd

Only on AP: Opioids too costly, Rwanda makes own morphine

for revealing how Rwanda is making and distributing its own morphine to provide painkillers for its people, who cannot afford other opioids or the more expensive morphine manufactured by global drug manufacturers.https://bit.ly/2s4YDImhttps://bit.ly/2T59vB4

for being first to report that an arrest had been made in an arson fire at an African-American church spray-painted with 'Vote Trump'. http://apne.ws/2he8dCo

convinced David Nahmad, a publicity-shy billionaire art dealer who has accumulated over decades the world’s largest private collection of works by Pablo Picasso, to throw open his luxury Monaco home for an exclusive and rare all-formats interview about why he is selling one of his paintings for charity. Nahmad had spoken briefly to a French radio station about raffling of “Nature Morte,” painted by Picasso in 1921, but Leicester proposed that for international audiences, the billionaire should speak exclusively to AP, surrounded by some of his art collection, estimated to be worth $3 billion. The story managed to elbow its way into the news agenda dominated by virus coverage, rising to No. 8 on the list of most-viewed AP stories.https://bit.ly/3dcJoQihttps://bit.ly/2Uo8T8Zhttps://bit.ly/2WyX2Yp delivered a fast, smart follow-up after U.K.-based Mallinckrodt Pharmaceuticals announced a U.S. settlement over its role in the opioid epidemic. The team’s analysis revealed that Mallinckrodt and one other generic drug manufacturer were responsible for the vast majority of high-dosage prescription painkillers – billions of generic pills – distributed throughout the U.S. during the height of the opioid epidemic. https://bit.ly/2IoXuQG Getting it right on Amtrak crash investigation

for thoroughly reading an National Transportation Safety Board report on an Amtrak crash and avoiding the mistake other news outlets made in reporting the engineer involved had testing positive for morphine; in fact, he had received morphine at the hospital for pain from the crash. http://bit.ly/2jnP1TE

for painting a compassionate portrait of a man ridiculed online after a video of him shaving on a commuter train went viral. Hajela reported that the man had suffered two strokes and been in and out of homeless shelters for years. https://bit.ly/2PJB5yU

for breaking the story of how a Texas town was given a federal contract to operate a controversial family detention and in turn gave a hefty management contract to a private prison company, retaining a portion of the money for itself. https://bit.ly/2JjTkJx 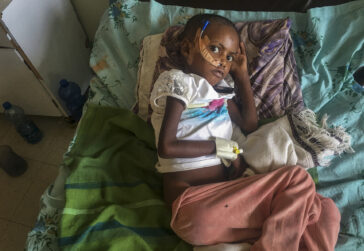