for an AP survey of all 50 states that revealed that very few state systems had an election security review from the Department of Homeland Security, even though many have asked for it amid concerns about Russian meddling in this year’s election. http://bit.ly/2rmi8b4

When tornadoes tore through Middle Tennessee in the early-morning hours of Super Tuesday, AP’s staff deftly pivoted from preparing for the state’s primary to covering a natural disaster.

From first light on Tuesday and throughout the day, Nashville and Memphis staffers delivered compelling all-formats coverage of the devastation that left at least 24 dead statewide. The team also connected the disaster to the primary, monitoring the impact on voting.

Strong aftermath coverage followed, including a presidential visit on Friday and well-received pieces on recovery efforts and a worship service at a damaged church. With out-of-state staffers and the entire South Desk contributing to the coverage, the sustained effort showed the AP at its best. relied on voting data available to the AP to demonstrate how some Democrats were voting in Republican primaries in an effort to block candidates backed by former President Donald Trump.National political reporter Peoples and data journalist Kessler had found that an unusually high number of people who voted in Georgia’s 2020 Democratic primary cast ballots in this year’s GOP primary. The pair learned that some Democrats were so worried an election denier backed by Trump could become secretary of state and ultimately run Georgia’s elections, they decided to cross party lines in the primary to support incumbent Brad Raffensperger, who famously resisted Trump’s pressure to overturn the 2020 election results.The result is a perfect blend of traditional political reporting and data analysis that tells a broader story about unusual decisions voters are making in an effort to protect democracy in the U.S.Read more 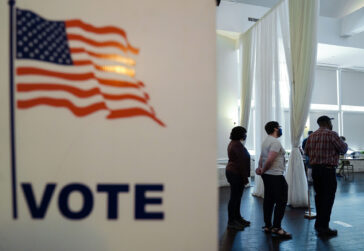 analyzed voter turnout and ballot rejection data, finding that the number of absentee ballot rejections is likely to soar in key presidential battleground states this fall – enough that it could tip the balance in a close race. They also found the problem is more pronounced in some urban areas where Democratic votes are concentrated and rejections trended higher during this year’s primaries.

Cassidy and Bajak looked at how many people voted by mail in this year’s post-Covid primaries, the percentage of those ballots that were rejected and the state’s turnout during the 2016 presidential election to project how many absentee ballots could get rejected in the coming election if those numbers remained stable. Their analysis found between 185,000 and 292,000 voters in the seven key states they examined could be disenfranchised. https://bit.ly/3hfnXyP

Oklahomans widely assumed that 12 Republican state lawmakers who lost their bids for re-election came up short at the polls because of their opposition to raising pay for the state’s public school teachers.

While opposition to education funding may have been one factor in incumbent losses in the GOP primaries, Oklahoma City-based reporter Sean Murphy began hearing scuttlebutt about an organized effort from within the Republican Party to kick out incumbents from their own party.

Using campaign finance reports and solid sourcing at the Capitol, Murphy was alone in showing that the rumors were true.

Public records showed a top state House GOP leader had given money to opponents of two of his own colleagues, and the opponents unseated the incumbents. Murphy also leveraged a relationship developed over years of reporting to get the lawmaker to talk. He acknowledged a plan to punish fellow Republicans for taking hardline stances that forced a compromise with Democrats on a plan to raise taxes to pay for teacher raises. 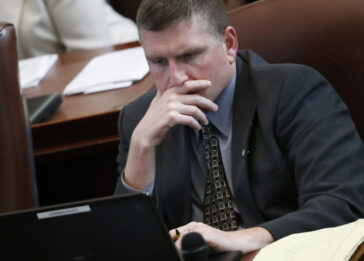