President Donald Trump crosses the South Lawn of the White House in Washington, early Sunday, June 21, 2020, after stepping off Marine One as he returns from a campaign rally in Tulsa, Okla. 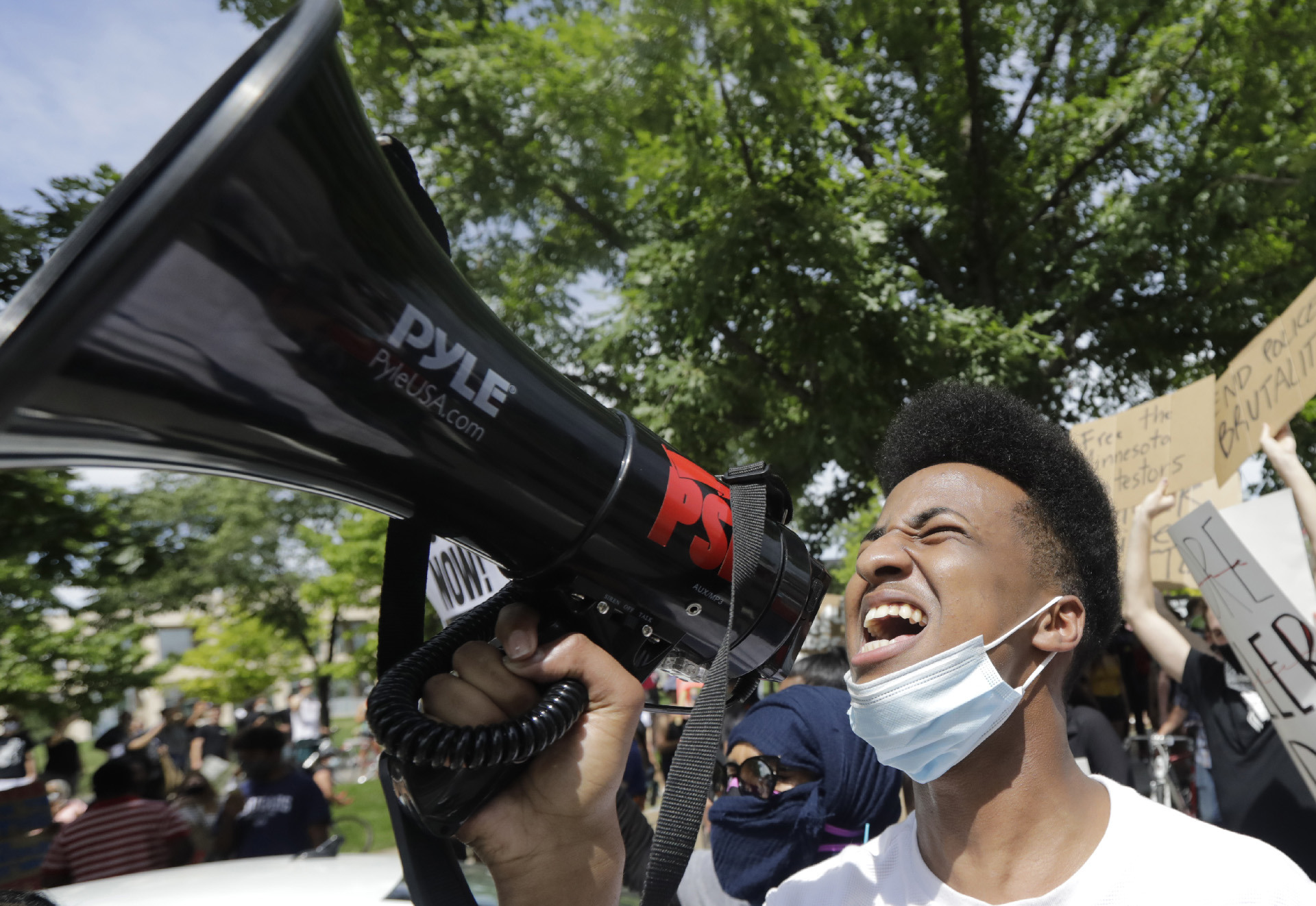 A single frame shot in the middle of the night on the White House lawn defines the president’s Tulsa rally, capping a week of across-the-board AP coverage.

What started as a mundane and potentially dull assignment turned into a golden opportunity for Washington-based photojournalist Pat Semansky. He was assigned weekend White House duty – a fairly routine gig for Washington photographers.

President Donald Trump had gone to Tulsa, Oklahoma, for his first, much-hyped campaign rally since the coronavirus pandemic put a halt to large gatherings. Semansky’s Washington colleague, photographer Evan Vucci, accompanied the White House pool and had worked the rally itself, joined by Oklahoma City staffer Sue Ogrocki. The event ended with a much smaller turnout than the president and his campaign entourage had expected.

Supporters cheer as President Donald Trump arrives on stage to speak at a campaign rally at the BOK Center in Tulsa, Okla., June 20, 2020.

President Donald Trump arrives on stage to speak at a campaign rally at the BOK Center in Tulsa, Okla., June 20, 2020.

A supporter waves a flag prior to a campaign rally for President Trump outside the BOK Center in Tulsa, Okla., June 20, 2020.

Demonstrators march outside the BOK Center where President Trump was holding a campaign rally in Tulsa, Okla., June 20, 2020.

President Donald Trump points to the sole of his shoe as he speaks about a recent appearance at West Point, during a campaign rally at the BOK Center in Tulsa, Okla., June 20, 2020.

Meanwhile, Semansky dutifully waited until well after 1 a.m. at the White House for the president’s return, which many of AP’s competitors didn’t bother to cover.

When Trump finally stepped off Marine One, Semansky proved his time was well spent: His flash caught an atypically rumpled Trump crossing the South Lawn, his long red tie hanging undone around his neck, his MAGA hat crumpled in his fist and a smear of makeup marring the open white collar of his shirt.

The photo led rally stories in New York Magazine, the Los Angeles Times, Newsday, US News and others. It appeared in People magazine and was featured in a story by The Washington Post’s fashion writer Robin Givhan. The Atlantic used it to lead a piece entitled “The Night Trump Stopped Trying.”

Semansky’s photo quickly became the signature image of the night. But it also capped days of smart AP reporting on the event itself. All-formats staff in Washington, Oklahoma and beyond had worked to capture all the dynamics of Trump’s plan to hold the rally in a city with a troubling race history, in an arena without social distancing, at a time of unrest and a surging pandemic.

All of it ramping up to Semansky’s defining image.

For making the most of a routine assignment to create what is likely to become an iconic photo of the Trump presidency – one that showed the president in an unguarded and perhaps revealing moment five months before the general election – Pat Semansky wins AP’s Best of the Week award.